Here's How The Deadly F-22 Got A Little Deadlier 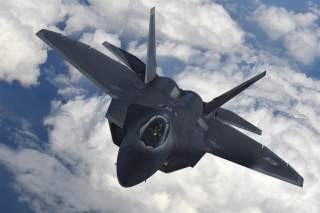 Key Point: A fighter jet is nothing without its ordinance.

Kris Osborn became the Managing Editor of Warrior Maven in August of 2015 . Osborn previously served at the Pentagon as a Highly Qualified Expert with the Office of the Assistant Secretary of the Army - Acquisition, Logistics & Technology. Osborn has also worked as an anchor and on-air military specialist at national cable networks.

This article first appeared in Warrior Maven here. It is being republished due to reader interest.