Here's the List of the 5 Best Rifles and Guns Ever 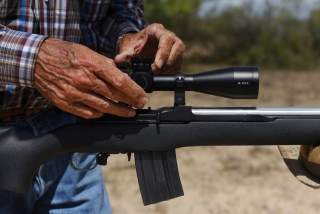 Key Point: These are the finest weapons to buy.

The Mini-14’s does not have a pistol grip, meaning it was not affected by the 1994 to 2004 federal assault weapons ban. In 1987, Ruger released a version chambered in 7.62×39, giving users a gun capable of using Chinese and Soviet exported ammunition and a weapon that met the minimum caliber standard for deer and similar-sized game. Recently the company released a Mini-14 in .300 Blackout, a new round that offers superior ballistic performance at short range.