Here's What Happens After Russia or China Sink a U.S. Navy Aircraft Carrier 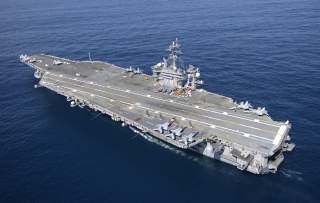 An attack that sank a carrier with significant casualties, on the other hand, might well result in demands for vengeance, the specific circumstances of the attack notwithstanding. This could put U.S. policymakers in the awkward position of needing to escalate, without being able to use some of the most lethal military options in their toolkit.