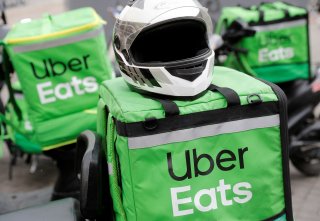 If you’ve used Uber, had dinner delivered by DoorDash, or bought something from Etsy, you've participated in the "gig economy."

In the old days such work might have been described as "freelance" or "contract-based." Regardless of the name, the gig economy was already playing a large role in the United States in the pre-pandemic era. According to Reuters, 34 percent of the workforce was made up of gig workers in 2017. That number has only increased.

While the way people are working may have changed, what hasn't is that Uncle Sam still expects those involved in the gig economy to pay their taxes.

The Internal Revenue Service (IRS) noted "the gig economy—also called sharing economy or access economy—is activity where people earn income providing on-demand work, services or goods." The IRS added, "You must report income earned from the gig economy on a tax return, even if the income is: From part-time, temporary or side work; Not reported on an information return form—like a Form 1099-K, 1099-MISC, W-2 or other income statement; and/or paid in any form, including cash, property, goods, or virtual currency."

Gig work can include activities where individuals earn income, often through an app or website/digital platform. This could be driving a car for a rideshare app or deliveries; renting out property or part of it; running errands or completing tasks; selling goods online; renting of equipment, providing creative or professional services; and even providing other temporary, on-demand or freelance work.

Those unsure of whether they are an employee or independent contractor should ask their employer or check their worker status. Even if a Form 1099 isn't received, gig workers still need to report all income made on their tax returns.

The IRS recommends that those involved in gig work collect and keep records and receipts. Good recordkeeping can help individuals track income and deduct expenses to help complete tax returns. The amount of taxes owed can potentially be lowered by deducting certain expenses.

In addition, those who earn money for gig work as an independent contractor may have to pay quarterly estimated taxes. This also helps individuals avoid a penalty by paying enough tax on time.

Estimated tax payments are due four times a year:

The IRS has also produced a webinar that can help gig workers understand their tax liabilities and how to help prepare their tax filing.