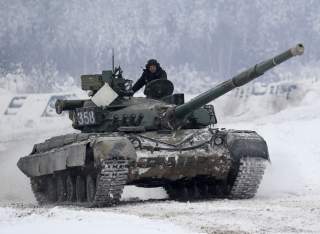 Key point: Every country wants more money and better weapons. Russia has good weapons, but not a lot of money- so what's an arms-exporting great power to do?

Mark Episkopos is a frequent contributor to The National Interest and serves as research assistant at the Center for the National Interest. Mark is also a PhD student in History at American University. This first appeared in March 2019.