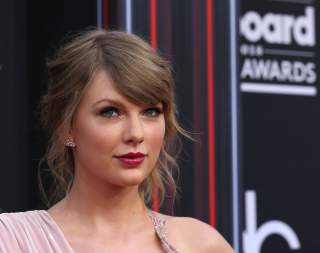 TSwift understood, which is why she wrote “I knew you were trouble” about Russia.

The world of international relations is fraught with peril these days. Old alliances are frayed, new enemies seem to be hiding behind every tree, and we find ourselves unlikely bedfellows with many countries. In short, we’ve basically become a Taylor Swift song. Yes, she has become the troubadour of our times, with apt descriptions of so many of the situations that keep our diplomats and generals up at night.

Although some might decry this assertion as presumptuous – how dare I claim that our national icon dabbles in international relations? – it holds weight when you really dive deep into the lyrics. For example, we really should have foreseen the trouble Russia would cause when we began to cozy up to Putin back in the ’00s. TSwift understood, which is why she wrote “I knew you were trouble” about Russia. We played around with them a bit in the joint fight against terrorism until they showed their true colors. Maybe they never loved us or them or anyone. Yeah.

And speaking of Russia, that brings us to Turkey, who is cozying right on up to Russia right now. Turkey, a NATO ally, is all about that sweet Moscow music. Yeah, we got “Bad Blood” with Turkey. Band-aids don’t fix bullet holes, nor do they fix acquisition of S-400 anti-air missiles, Ankara. As Taylor says, “Still, all my life, I got money and power, you gotta live with the bad blood now.” No F-35s for you, Turkey.

In a similar vein of people who’ve been making us angry lately, there’s North Korea, who have been on-again, off-again with us, in a very Katy Perry way. Well, listen up, Kim: “We are never getting back together.” Go talk to China, go talk to the UK, come talk to us, but it’s final. We are never ever ever getting back together. Well, I mean, not today. Maybe if you call tomorrow.

But with all this mess in the world, we do seem to be in the need of a good solid nemesis. Someone we can point fingers at to rally the populace into some much-needed unity. We’ve got this “Blank Space” that we need to fill. And right now, we’re swiping right on Iran. We can make the bad guys good for a weekend in the Strait of Hormuz. Just check with our long list of lovers – Iraq, Syria, Afghanistan – they’ll tell you we’re insane but don’t listen to them. You look like our next mistake and we’re dying to see how this one ends. Also, you may need to calm down…

Then we’ve got China over here, muscling onto the world stage, wanting to be a player. Saying that the U.S. is no longer a great power, that we get involved too much around in the world in things that are none of our business, that we’ve got nothing in our brain. Well. We’re just going to keep on cruising through the South China Sea, can’t stop, won’t stop moving in the region and influencing politics. We’re dancing on our own, making the moves up as we go. Yeah, China, we’re just going to “Shake it Off.”

And then there’s our old friend that we think about at night, in our dreams. Some countries are trying too hard, but Afghanistan doesn’t try at all though. We’ll probably see them forever and keep them like a vendetta. You should see the things we do there (we don’t even know what they are anymore). Are you “Ready for it?” – “it” being another eighteen years of being there.

We’ve got some old friends who keep drifting off these days, who don’t quite know where they belong. Can’t you see that we’re the only ones who understand you, Duterte? Can’t you see that you belong to us? Ignore China’s fancy investments and military maneuvers. We’ve been here the whole time. We’re dreaming for the day you wake up and realize that you want to fight terrorism with us forever. Basically, Philippines, “You Belong with Me.”

Iraq. Look. This ain’t for the best. Is it cool that you’re in our head? I mean, we’ve been messing around since the ’90s. This is delicate. Is it cool that we said all that? Look, just make us a drink and we’ll think about it. It’s “Delicate.”

About the Editor: Angry Staff Officer is an Army engineer officer who is adrift in a sea of doctrine and staff operations and uses writing as a means to retain his sanity. He also collaborates on a podcast with Adin Dobkin entitled War Stories, which examines key moments in the history of warfare.