Hey AOC and Bernie Sanders: If Medicare Is for All, Why Not Chevrolets for All? 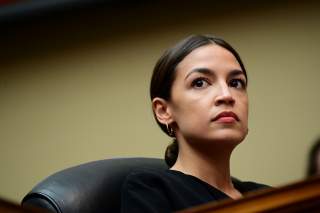 America suffers from a grave societal ill that somehow has been totally ignored.

As debate rages about health care (among other hot-button issues), no one is discussing a very alarming statistic: As of 2015, nearly 10% of U.S. households didn’t have a car.

That’s a severe problem, because affordable transportation is a basic human right, and not an issue for car companies to profit from greedily.

Millions of Americans are living without cars, and the only way to remedy that is by implementing a national, government-funded Chevrolets for All plan that would put a Chevy in the garage, driveway, or parking lot of every single adult American.

Of course, under this plan, millions of Americans who already own cars will have to give them up, and start driving government-provided Chevrolets. Sure, that might seem unfair, but why should some people drive limousines while others have no cars at all?

If this proposal sounds absurd, consider the health care debate. Although no prominent liberal wants to take away your Lamborghini (yet), they have no problems taking away your private health insurance plan.

Vox assures us the bill won’t “actually abolish private health insurance,” but would simply outlaw “health insurance coverage that duplicates the benefits provided under this act.” But that’s like Henry Ford’s famous quip: “A customer can have a car painted any color he wants as long as it’s black.”

Considering what Vox called the extensive “benefits provided under this act,” it would leave little ground for private health insurance to cover.

There are many valid reasons to oppose a single-payer health care system. It would lead to a drop in quality, long waiting lines, and an astronomical rise in the national debt totaling tens of trillions of dollars.

Yet, rarely do we hear opponents of Medicare for All claim that it’s immoral because it would restrict consumer choice.

Why do we think it would be ridiculous for the government to mandate which cars we must drive, but not which health insurance plans we must choose? Why is one tyrannical, but the other fine?

Proponents contend that because health care is literally a matter of life and death, it should be considered in a category all on its own, separate from consumer goods, such as cars, computers, or phones. But it still potentially could open the floodgates to government intervention in every aspect of our lives.

Following their logic, why shouldn’t the government determine where we work, for example? Isn’t earning a living a life-or-death issue as well?

The left is now openly advocating policies that would have been unthinkable just a few years ago. It’s time to recognize that we’re already on that slippery slope, and that we must stop the descent before it’s too late.

Elad Vaida is a writer in Washington, D.C., whose work has appeared in The National Interest, American Greatness, and The New Lyceum. He is a graduate of Harvard University’s program in Middle Eastern Studies.