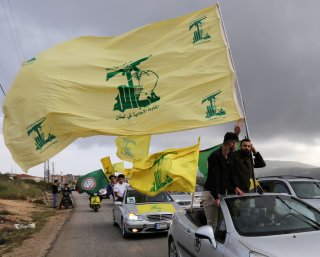 Hezbollah fired nineteen rockets toward Israel on August 6 in the largest bombardment since the 2006 Second Lebanon War. Israel’s Iron Dome missile defense system intercepted ten rockets and six of them landed in open areas while three fell into Lebanese territory. A Hezbollah spokesperson claimed Friday’s attack was in response to Israeli airstrikes in southern Lebanon the previous day.

As a militant group with close ties to Iran, Hezbollah functions as a proxy group that often defies the laws and interests of the Lebanese government. In response to Friday’s escalation, Iranian Islamic Revolutionary Guard Corps (IRGC) commander Maj. Gen. Hossein Salami said Hezbollah’s attack was a “message that the equation of response has not changed” directed at Israel’s new Prime Minister Naftali Bennett. Hezbollah’s leader Hassan Nasrallah mirrored this rhetoric and added “Don’t miscalculate by saying that Hezbollah is busy with Lebanon’s problems.” Clearly, Iran’s leadership influenced the ongoing escalation.

Lebanon is experiencing a devastating financial crisis that could ultimately rank among the world’s three worst since the mid-1800s, according to the World Bank. In addition to the consequences associated with Covid-19 and the aftermath of the August 2020 Beirut explosion, Lebanon is being used as a battleground by Tehran to launch offensives toward Israel. Hezbollah’s networks in Lebanon have contributed heavily to the declining state of the country today. However, that has not stopped the militant group from igniting fresh conflict on the Israeli border, despite resistance from the local populace.

On August 6, videos circulated on social media depicting Druze residents in the southern Lebanese village of Chouya physically preventing Hezbollah militants with rocket launchers intended for Israel from escaping the area. Anti-Hezbollah and anti-Iranian sentiment has swept Lebanon in recent years, and the local resistance to their activity is significant. The Lebanese government is currently seeking international assistance to help pull the country from imminent economic collapse, and continued rocket attacks launched across the border may threaten its efforts.

Hezbollah’s regional activities highlight the group’s alignment and collaboration with Tehran, rather than the interests of Lebanon and its people. Hezbollah disregards the danger it puts the Lebanese living along the Israeli border by launching offensives with the expectation of a return of fire. Instead, the militant group is helping to prop up the Iranian regime.

In addition to the ongoing labor protests and water shortage demonstrations that have taken form across Iran, the regime is trying to leverage concessions as ongoing diplomatic discussions with the United States in Vienna resume. Proxy attacks enable the Iranian leadership to accomplish both goals simultaneously. Regional proxy-led assaults distract the international community from the disarray the regime faces at home, while they also indicate the IRGC’s strength to its population.

Since the latest round of nuclear negotiations in Vienna concluded in June, Iranian activity has surged across the region. Houthi assaults in Yemen have increased in scope and frequency, U.S. personnel have been targeted in rocket and drone assaults in Iraq and Syria, and the regime has been suspected of using sea mines to close the Strait of Hormuz in an act of energy terrorism following its deadly assault on the Mercer Street commercial tanker that killed two civilians. Hezbollah’s recent escalation is a product of Iran’s ongoing mission to leverage its position amidst the nuclear negotiations and prop up its image domestically. So far, the United States has not named any action Iran could take that would halt negotiations. This step must be taken or Iranian-sponsored violence across the region will continue.