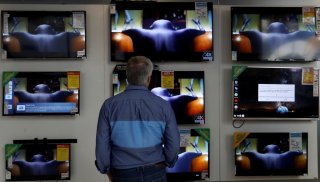 TV manufacturer Hisense was one of the major partners for Roku TV, and in recent years has also released models with Google TV, along with its own in-house Vidaa platform. Now, Hisense has introduced its first TV using Amazon’s Fire TV as the operating system.

The TV is called the U6HF and will be available exclusively from Amazon. It’s a 50-inch TV with 4K ULED technology.

The U6HF boasts Dolby Vision HDR and HDR10/HDR10+, as well as Game Mode Plus and an Alexa Voice Remote.

“We’re dedicated to delivering industry-leading products that provide our customers with the best in entertainment – and streaming is a critical element of this,” David Gold, president of Hisense USA, said in the announcement. “We’re thrilled to add Fire TV to our lineup of smart TVs to deliver a premium home entertainment experience for our customers across the U.S.”

“Hisense and Fire TV share the same goal of combining the best in hardware and software to provide high-quality, innovative, and affordable smart TV experiences,” Daniel Rausch, vice president of Amazon Entertainment Devices and Services, said in the release. “As more brands turn to Fire TV, we are committed to delivering a smart TV package that is easy to adopt, efficient to develop with, and delights customers.”

According to The Verge, which cited earlier reporting from Protocol, Google has banned its TV partners who use a “forked” version of Android, of which Fire TV is one such version. That Hisense is putting out a Fire TV product may mean that Google has dropped such restrictions, or perhaps that Hisense has managed to obtain some type of carveout from the Google rules.

Hisense announced a new line of Google TV-equipped TV models only a few months ago.

“For most people looking to purchase a Fire TV, this 65-inch model from Insignia is going to be your best bet. It has 4K resolution, a 60Hz refresh rate, and three 2.1 HDMI inputs. While the refresh rate may not be the best for gaming, it’ll do in a pinch; and for media streaming, you’ll be set,” the site said of that TV.

It’s followed by Toshiba’s 55-inch Fire TV, which is described as “another great option,” along with several other models from Best Buy’s in-house Insignia TV brand.