The History Books Are Lying to You: World War I Went Way Past 1918 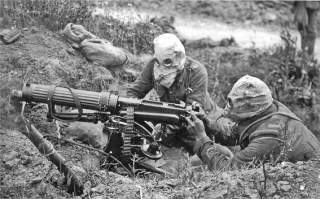