History Is Dooming Iran And America To War 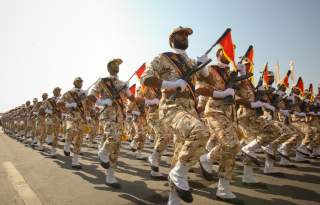 During the recent flare-up between the United States and Iran, US President Donald Trump tweeted that he was prepared to bomb ‘52 Iranian sites (representing the 52 American hostages taken by Iran many years ago)’. Some of these targets, he added, would be ‘important to Iran and the Iranian culture’, suggesting that he was willing to strike Iranian national heritage sites.

Trump’s tweet indicates that his entire Iran policy is rooted deep in the past, as if actions taken today represent a belated response to wounds inflicted long ago. If so, his administration has something in common with the Iranian regime, which has long dwelled on the real and perceived wounds of bygone eras.

After all, Iranians (and many others) point out ad nauseam that the US had a hand in the 1953 coup that deposed the democratically elected prime minister, Mohammad Mosaddegh, and installed the regime of Mohammad Reza Shah Pahlavi, which itself was toppled in the 1979 Islamic Revolution. Likewise, Iranians note repeatedly that the US assisted Saddam Hussein during Iraq’s ruthless war against Iran in the 1980s.

Listening to the litany of grievances on both sides, it’s difficult to avoid the impression that both the US and Iran are hostages of history. Obsessed with the real or imagined injustices of the past, each finds it impossible to move forward. In Iran, the US is still the ‘Great Satan’, just as Iran remains the quintessential bête noire for many in the American foreign-policy establishment.

Although there are real issues of contention between the two countries, the US–Iran conflict has long since broken the bounds of rationality. It persists because it serves domestic political interests in each country. Iranian hardliners benefit enormously from having such a visible enemy against which to mobilise. As tensions have escalated in recent years, their position has been strengthened. The regime has increasingly used the perceived US threat as a pretext to repress its own people and to foment chaos across the region. For every voice in the US advocating regime change in Iran, there are Iranians seeking to defend the regime by any means necessary.

Similarly, listening to some of the US pundit and political class, it sometimes sounds as if hostility towards Iran is a fundamental American value. Whether their goal is regime change or something else, most in the US foreign-policy establishment claim to want Iran to become a ‘normal country’. But do Saudi Arabia, Israel, Turkey and other US regional allies count as ‘normal countries’? And what about the US itself? American exceptionalism dictates that it is anything but ‘normal’.

A more rational, objective approach is still possible. It might not seem like it now, but there is ample room for bilateral cooperation. Iran’s leaders have long insisted that the purpose of their country’s nuclear program is peaceful. But, given Iran’s past behaviour, there clearly needs to be an intrusive system of international inspections in place before the world can have confidence in that claim. Picking up where the 2015 Joint Comprehensive Plan of Action left off and negotiating such a system should not be seen as an impossible task.

Both countries have a profound interest in maintaining stability in Iraq and Afghanistan. The US doesn’t want these countries to become Iranian satellites, and the Iranians don’t want them to serve as bases for aggression against Iran. These aims are not irreconcilable; in fact, proper diplomacy could achieve both sides’ primary objectives.

The US and Iran also have a joint interest in developing a more robust security structure for the broader Gulf region. In recent months, Gulf countries have been calling for strategic de-escalation vis-à-vis Iran, with even Saudi Arabia expressing a desire for dialogue. There are some diplomatic initiatives already on the table, and negotiating a new regional agreement on ballistic missiles could serve as a good starting point for ongoing engagement.

More broadly, a gradual de-escalation of the conflict between the US, Iran and their respective allies and proxies would allow for all parties to focus more on their own priorities for the future. Iran, Saudi Arabia and many other countries in the region clearly need to liberalise their respective economic and political systems, not least by introducing more protections for human rights. But this is unlikely to happen in a climate of confrontation. The longer the conflict continues, the less chance these countries will have to pursue constructive long-term reforms.

And as long as both the US and Iran remain prisoners of their respective histories, regional stability will be at risk. The sooner they can look to the future instead of the past, the better it will be for everyone. There is plenty of common ground for fruitful cooperation. Someone needs to step onto it and show that it isn’t mined.

Carl Bildt is a former prime minister and foreign minister of Sweden. This article is presented in partnership with Project Syndicate © 2020.