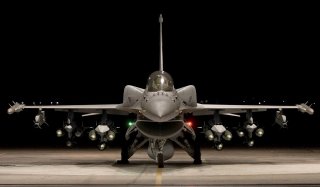 The United States has had a contentious relationship with Iran going back many years, from what’s seen as a U.S.-backed coup in the 1950s to the hostage crisis in the 1970s. More recently, the difficult relationship involved a nuclear deal in the 2010s to prevent Iran from building a nuclear bomb—an agreement which Washington backed out of during the Donald Trump Administration. Throughout all of that, the United States and Iran never actually got into a full-on war.

But back in 2002, on the eve of the Iraq War, the U.S. conducted a war game that entailed a war with Iran—one in which Tehran managed to come out on top.

Popular Mechanics, on the occasion last year of the U.S. assassination of Iranian Islamic Revolutionary Guard Corps chief Qasem Soleimani, looked back on that war game, which was known as the Millennium Challenge. It was very much an exercise of its time, when the Bush-Cheney Administration was testing out the “Bush Doctrine,” which entailed preemptive warfare.

In the exercise, which had been mandated at the time by Congress, the idea was to “test new experimental concepts in warfare.” The scenario was set in what was then five years in the future, in 2007.

As part of the Millennium Challenge the “Blue Team,” representing the U.S. military, invaded a Middle Eastern country, the “Red Force.” Paul Van Riper, a retired Marine general, stepped in to command the Iranian side in the exercise.

“A rogue commander within the Red force country initiated hostilities against his neighbors, leading to his invasion of disputed islands in the region,” the Popular Mechanics description said. “Blue Force’s goal was to reopen shipping lanes, neutralize Red’s weapons of mass destruction, and liberate the territory conquered by Red.”

Van Riper, as the Iranian forces, decided to strike the U.S. invading force first. This led to the sinking of the U.S. fleet. Also, Van Riper used unconventional means of communication with his forces, including broadcasting coded messages during the Muslim call to prayer.

The war game was such a rout, in fact, that the game facilitators refloated the U.S. fleet to let it continue on towards victory. Needless to say, that Van Riper complained that the exercise was rigged so the U.S. side would win.

A War on the Rocks analysis from 2015 described the Millennium Challenge as a “corrupted military exercise.” It called it “the most ambitious and costly military simulation in American history,” while also noting that it was leaked to the press, which doesn’t usually happen with such exercises, and that it was mostly Van Riper’s side of the story that ended up in the press.

“There are two sides to the meddling that took place during Millennium Challenge. On one hand, if the U.S. Navy is beaten on the field, it’s beaten,” Popular Mechanics said. “That having been said, if the fleet isn’t re-floated to continue the exercise nothing else happens and all of the preparation is for nothing. Lessons that could be learned farther along the exercise never happen at all.”