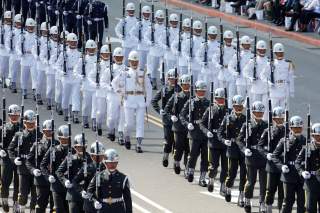 Key point: The Nationalist forces that fled to Taiwan made counterintelligence a priority.

In 1949, Nationalist forces began a mass exodus to Taiwan, and Cai's spy network surged in the depressing tumult. In December 1949, undercover operatives under his control reportedly numbered up to 1,300 agents. Additionally, Cai estimated that up to 50,000 civilian assets, almost all of them unwitting, could be mobilized for factory strikes, protest marches, and campus riots. He told his Third Field Army superiors that his covert forces would be ready to play their part in eroding support for Chiang’s regime just before the landings started. He recommended that the invasion be launched in April 1950, when the weather would be most favorable for amphibious operations.