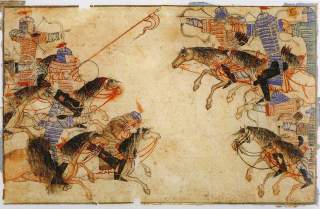 Key Point: Armies are the most important factor in measuring the power of a country.