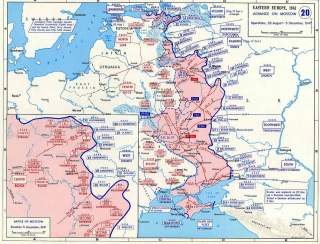 It was Hitler's gamble that proved fatal. 1941 and 1942 would be the last years that the Germans had the luxury of waging a one-front war.