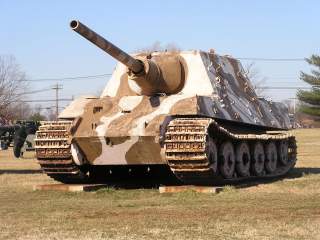 Key Point: The Jagdtiger was deadly and heavily armored, no doubt. However, it's very size and small engine doomed it to repeated malfunctions.