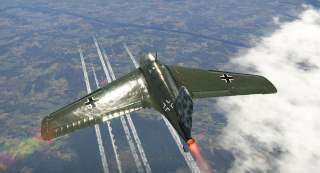 Key Point: The Komet remains the only rocket-powered fighter to have entered operational service. Despite attaining speeds unsurpassed by any other airplane of its time, the Me 163 stands as an object lesson on the limitations of maximizing one attribute of a combat plane at the expense of all others.