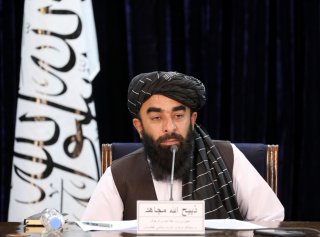 The Taliban-led government of Afghanistan has released five British men who were arrested and imprisoned within the country for roughly six months, according to a statement issued by the British Foreign Office. The Foreign Office said in its statement that it “welcome[d] and appreciate[d]” the five British citizens’ return, emphasizing that the men “had no role in the UK Government’s work in Afghanistan and traveled to Afghanistan against the … government’s travel advice.”

“On behalf of the families of the British nationals, we express their apologies for any breach of Afghan culture, customs or laws, and offer their assurance of future good conduct,” the statement continued. “The UK Government regrets this episode.”

The Taliban did not offer any rationale for the release, and it was unclear why the five British subjects had entered Afghanistan in the first place. The men’s identities were not made public, although at least one is known to be Peter Jouvenal, a former cameraman for the BBC’s news service.

Although the Taliban initially provided few details on the rationale for the men’s imprisonment in early 2022, Taliban spokesmen later claimed that they had been engaged in human trafficking—a classification the group uses to describe those who help Afghans flee the country, according to the Washington Post.

Zabihullah Mujahid, the Taliban’s deputy minister of information and culture and one of the group’s primary spokesmen, claimed that the British nationals had been “detained for breaching the law and violating Afghan culture,” without providing further details. Mujahid claimed that the men had been released after “a series of meetings” and “ongoing conversations” between the Taliban and the British government.

British foreign secretary Liz Truss later welcomed the release, writing in a tweet that the men would “soon be reunited with their families.” “I am grateful for the hard work of British diplomats to secure this outcome,” Truss added.

A Taliban official reportedly praised the release, claiming that the group was “not aiming to detain foreign nationals,” according to the Post. The Taliban promised early after its conquest of Afghanistan in August 2021 that it would continue to protect Westerners and journalists inside Afghanistan, and Mujahid echoed this pledge in his remarks, claiming that “anyone can come to Afghanistan with confidence for charity work and tourism.”

However, international human rights organizations have accused the Taliban of placing growing restrictions on foreigners’ movement and activities within Afghanistan. During the spring of 2022, three other foreign nationals—a Canadian woman and two journalists working for the United Nations High Commissioner for Refugees—were arrested, although all three were later released.