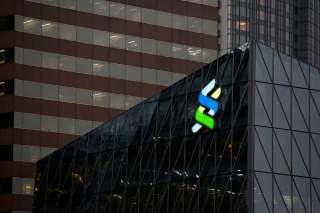 This morning, upon logging in to my Twitter account, I found it brimming with reports that the Hong Kong government was about to embark upon an unprecedented experiment with helicopter money. "Helicopter Money is Here," blurts an FT Alphaville headline. "Hong Kong Embraces Helicopter Money,"says Zero Hedge. The foreign press has also chimed in: "Helicopter Money Comincia a Hong Kong," writes Italian financial journalist Maurizio Blondet.

So Hong Kong is about to unleash the mother of all stagflations on its people—who were already on the brink of massive social unrest before the virus forced lockdowns. Supply chains have collapsed, therefore there is no supply of goods or services, but demand is about to soar (thanks to free money drops from the government)…What happens to prices we wonder?

To which the correct answer is, not much—or nothing, at any rate, that can be blamed on exceptional additions to Hong Kong's money stock. Why not? Because Hong Kong's plan doesn't actually involve any extraordinary growth in the supply of Hong Kong dollars. That is, Hong Kong isn't planning to resort to helicopter money at all. Nor does its plan even come close.

Been There, Done That

This isn't to say that the Hong Kong government isn't planning to give away money. According to the more sober FT piece, under the proposed plan

Hong Kong permanent residents aged 18 and above will each receive a cash handout of HK$10,000 (US$1,200) in a HK$120 billion (US$15 billion) relief deal rolled out by the government to ease the burden on individuals and companies, while saving jobs.

So far so good. But what the FT fails to note is, first, that such handouts are nothing new, and, second and more importantly, that fiscal handouts aren't the same thing as helicopter money.

Concerning the first point, far from being unprecedented, the current Hong Kong plan will be the fourth such handout there. The first was 2011's "Scheme $6,000," by which the Hong Kong government gave every permanent Hong Kong resident over 18 years of age that many Hong Kong dollars. The second took place in 2018, and involved handouts of up to HK$4000, while the third, with handouts twice as big as those of the 2018 amount, was announced last summer. So the only unprecedented thing about the current plan is its scale, and even that change is far from sensational.

But the second point is more important. "Helicopter money" isn't just another name for government handouts, whether they're distributed by whirlybirds or not. It refers to handouts financed by new money creation rather than by either taxes or bond-financed deficits. As "Helicopter Ben" himself puts it, " a “'helicopter drop' of money is an expansionary fiscal policy—an increase in public spending or a tax cut—financed by a permanent increase in the money stock."

Hong Kong's government is lucky enough, you see, to routinely take in tax revenues exceeding its expenditures. The difference—its annual fiscal surplus—funds its "fiscal reserve," which is, in essence, funds it sets aside for a rainy day. That reserve of set-aside tax revenues allows the Hong Kong government to run an occasional deficit without having to either borrow more or print money. With the handout its planning for this year, it expects to run a deficit of $139 billion, or less than 13 percent of its reserves. That is, it might give away almost ten times as much and still avoid having to either borrow or print money.

Some Twitter commentators wondered whether Hong Kong's unusual currency system would itself prevent it from resorting to any genuine helicopter money plan. They wonder because the Hong Kong Monetary Authority (HKMA for short), instead of being a central bank, is a currency-board of sorts.

In an orthodox currency board, domestic currency is linked to some foreign "host" currency by a fixed exchange rate, and backed 100 percent by host-currency assets. Growth in the money stock is in turn geared to the domestic economy's net receipts of host currency, and hence to its balance of trade surplus with the host country. In short, there's no such thing as discretionary monetary policy, let alone a radical monetary policy experiment like helicopter money. The Hong Kong dollar is fixed to the U.S. dollar at a rate of about $7.8 to $US1. And like any currency board the HKMA is not allowed to issue Hong Kong dollar notes that are not fully backed by equivalent U.S. dollar assets. So it might appear that Hong Kong couldn't resort to helicopter money even if it wanted to.

Only the appearance is deceiving: for the workings I just described are those of an orthodox currency board; and Hong Kong's "currency board of sorts" is far from orthodox. That's mainly because, instead of holding U.S. dollar assets just equal to an equivalent value in outstanding HKD banknotes, the Hong Kong Monetary Authority's "Exchange Fund," which manages its currency issues and manages its asset portfolio, has for some time now held U.S. dollar reserves far in excess of the value of Hong Kong's currency stock. At latest count, they amounted to US$440.6 billion dollars, or about seven times the value of outstanding HKD banknotes! It follows that, if the government let it, the HKMA could easily finance this year's planned handout by just creating a like value of banknotes (or, more accurately, "certificates of indebtedness" that the HKMA awards to Hong Kong's currency-issuing banks in order to allow them to issue notes) without violating the 100 percent reserve requirement. Instead, the HKMA will probably end up selling some of its U.S. dollar assets to acquire notes with which to cash-out part of the government's account balance with it.

To conclude: Far from being created "out of thin air," to be given away, Hong Kong's planned cash handouts have already been paid for, in full, by its taxpayers—and with plenty to spare. The handouts are nothing more than a government income-redistribution scheme, with no monetary policy implications whatsoever. Those looking for a test of the theory of helicopter money, or for an outbreak of Hong Kong hyperinflation, will have to wait longer for it. With a little luck, they'll wait forever.

This article by George Selgin first appeared at CATO.

Image: A logo of Standard Chartered is displayed at the financial Central district in Hong Kong, China November 23, 2017. REUTERS/Bobby Yip