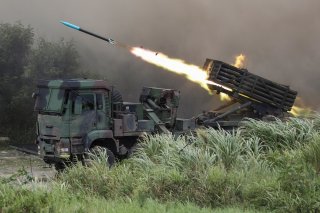 The annexation of Hong Kong is de facto accomplished, after the new National Security Law came into force, and the mainland security forces have started moving into the island territory. Even as we speak, many Hong Kongers, especially the leaders of the anti-Beijing protests, are starting to slowly trickle out of Hong Kong, and many are looking to Taiwan as their next destination. Unfortunately, Taiwan would also be Beijing’s next target.

That dissident leaders should look to Taiwan as their next logical step makes a lot of sense. Hong Kong and Taiwan share bonds of culture and language, and the protest leaders will especially share Taiwan’s desire for democratic self-government and independence from Beijing. But for the political refugees from Hong Kong, this may well turn out to be a case of jumping out of the frying pan and straight into the fire.

For Beijing, especially for Han nationalists like Xi, the annexation of Taiwan would be the culmination of their dreams of “national unification.” Taiwan may have a long and ambivalent history with Chinese hegemony, more akin to Tibet than with the Han heartlands that form the core of Chinese national identity, but for Beijing, finally subduing Taiwan would carry an enormous amount of symbolism. Taiwan represents the last burning ember of the Chinese Civil War between the Republic of Taiwan and the communist People’s Republic from seventy years ago, and a constant reminder of unfinished business and a failure to achieve “final victory” in the Civil War by the Chinese Communist Party.

Of course, there are economic and strategic reasons why China will want to assert sovereign ownership over the island of Taiwan, but fundamentally, this is about the history, and what people like Xi see as the destiny of China under communist rule. This is important to appreciate in order to understand the kinds of costs Beijing is willing to pay in order to impose its will over Taiwan in the same way that it did over Hong Kong.

Hong Kong was the place where the “Century of Humiliation” started for China: following its resounding defeat at the hands of the British Royal Navy, Qing China, previously the largest, most prosperous and most accomplished empire in the world, had to endure over 100 years of being picked apart and de facto partitioned between the UK, France, the United States, Japan, Russia, even a minnow Western power like Portugal had a slice. Understood in that context, the policy of “One Country, Two Systems” and of the slow re-absorption of Hong Kong into China by previous Chinese administrations was remarkably self-restrained. But for a nationalist like Xi, that self-restraint itself might be cause for shame. Hong Kong had to be taken back, and it had to be taken back with revanchist zeal. The pragmatically ideal way to have gone about it would have been to just wait out for the due expiration of the “One Country, Two Systems”  arrangement, and the inevitable convergence of Hong Kong into China in thirty to fifty years’ time. But this was not a matter of pragmatics. This was a gesture of national self-affirmation for Beijing and for Xi himself.

Taiwan will be the “End Game” for that very same approach to political identity currently in favour at the top of the Chinese Communist Party. And, at this moment in history, it is the last redoubt of resistance left standing. Macau has already absorbed itself willingly into the Beijing vision of a unified, national China. Tibet and Xinjiang have already been crushed into submission. And any other border disputes China is having in Kashmir or with its South-East Asian neighbours, are minor and not relevant to Chinese nationalist sentiment. Taiwan, on the other hand is the last remaining souvenir of the Century of Humiliation, and the most formidable. From the point of view of the engineers of the conquest of Hong Kong, what started with Hong Kong will naturally need to end with Taiwan. This will be much more difficult and costly than Hong Kong has been, but make no mistake: for these people, that cost is deemed as necessary and they will gladly pay it. Unless the United States binds itself to protect the independence of Taiwan on pain of war, Taiwan is next.

To this end, if the United States wants to protect democracy around the world, and wants to impose consequences on those who would rob people of their democracy wherever they may be, it is simply necessary that Washington and the Western Alliance takes an active stance on the defence of Taiwan. We need to make available to Taipei direct military assistance, most crucially a permanent naval force to help it protect its territorial waters, as well as monitor Chinese actions in the South China Sea. We need to provide Taipei with material according to their needs and requests. And we must also offer to help Taiwan with any aspect of information and cyber warfare necessary to protect from cultural and propaganda attacks on their democratic culture and institutions. In other words, we need by word and by deed to draw a line in the sand for Beijing, and make it clear: crossing this line means you are waging war against democracy, and if you do so, you will find yourself at war with all democracies, from all over the world.