A Hotbed of Cloak-and-Dagger Skullduggery in the Hague 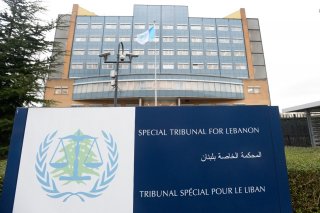 Unfortunately, Hague-based prosecutors consistently fail to live up to the high-minded ideals that they purportedly serve. In two high-profile cases involving Lebanon and Kosovo, their overzealous use of tainted evidence and other examples of prosecutorial misconduct call into serious question the integrity of these courts.

After fifteen years of legal proceedings at a cost of almost $1 billion, the Special Tribunal for Lebanon convicted only one of the four defendants for his involvement in a bombing that killed Prime Minister Rafiq Hariri and twenty-one others in 2005—and the guilty assassin was never even apprehended. Not content to accept its impotent failure to bring the perpetrators to justice, the court targeted innocent bystanders in a misguided attempt to distract attention from its impotence and to justify its outrageous budget (which was in part paid by the people of Lebanon).

In 2015, the court-initiated proceedings against Karma Khayat, a Lebanese journalist who is accused of jeopardizing court proceedings by publishing a list of prosecution witnesses. A box containing such information had been mysteriously left at her television studio. In her defense, Khayat said her reports had been aimed at exposing leaks emanating from the Special Tribunal for Lebanon. ”We had received a list of witness names,” she said. “We were not sure of the source so I didn’t know if they were correct. Once we were sure they were correct ... we covered the names and covered the faces. We said something should be done to stop the leaks.”

Yet despite these questions surrounding the source of the leaks, the court deemed the matter unworthy of investigation, leaving critics with a host of unanswered questions.

Fast forward five years, and another ad hoc court in the Hague is up to the same old tricks. In September 2020, a person “wearing glasses, a mask and a hat” walked into the Pristina offices of the Kosovo Liberation Army War (KLA) veterans’ association and handed over some 4,000 documents on the investigations of the Kosovo Special Chambers Tribunal into war crimes allegedly committed by former KLA officials. It was the third time in two months that privileged information from investigators had mysteriously appeared.

As in Khayat’s case, the recipients of the documents shared them with the media, after redacting compromising material. Security officials acting on behalf of the court then raided the offices of the veterans’ organization and led its president, Hysni Gucati, and later its vice-president, Nasim Haradinaj, away in handcuffs. The crime? Prosecutors at the Kosovo Special Chamber have charged Gucati and his deputy with obstruction of justice and witness intimidation. In another striking resemblance to the Lebanese proceedings, questions about how and by whom these documents were leaked are being swept under the rug.

Suspicious boxes appearing in offices are not the only irregularities surrounding the Hague-based Kosovo Specialist Chambers, which was established in 2015 to try crimes allegedly committed during and just after the Kosovo war from 1998 to 2000. The president of the Special Chambers provided an extensive briefing for European ambassadors on the charges against defendants before they were officially brought. The court’s indictment of former Kosovo president Hashim Thaci was disclosed before a pre-trial judge had confirmed the charges. Defense lawyers have accused prosecutors of hindering their trial preparations by withholding evidence.

Such irregularities highlight a fundamental weakness of the special ad hoc courts in the Hague. Legal proceedings at the national level are subject to varying degrees of judicial oversight. Prosecutorial misconduct is grounds for vacating judgements on appeal. No such recourse exists for the defendants in Kosovo.

Justice should be delivered for crimes committed during Kosovar’s struggle for independence. But this cannot happen if convictions are secured by means of the cloak-and-dagger skullduggery that tarnishes the Kosovo Special Chambers. Already viewed with suspicion and hostility by many in Kosovo, the court’s actions to date only serve to compromise further its claims of impartiality.