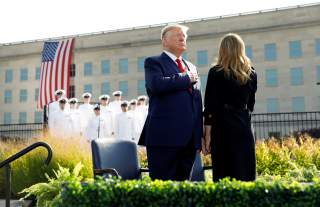 The leaders of three House committees issued subpoenas for the Pentagon and Office of Management and Budget Monday demanding the release of documents related to Ukraine amid an impeachment inquiry into President Donald Trump.

This move comes after the House of Representatives opened up an official impeachment inquiry into Trump on Sept. 24 after an August whistleblower complaint. The complaint accused Trump of asking Ukrainian officials to investigate former Vice President Joe Biden and his son Hunter Biden.

“The Committees are investigating the extent to which President Trump jeopardized U.S. national security by pressing Ukraine to interfere with our 2020 election and by withholding military assistance provided by Congress to help Ukraine counter Russian aggression, as well as any efforts to cover up these matters,” both letters read.

So since Pelosi announced impeachment inquiry, there have been subpoenas to State, Giuliani, the WH, OMB and the Pentagon

The Pentagon and OMB have until Oct. 15 to comply according to the letters.

“The enclosed subpoena demands documents that are necessary for the Committees to examine this sequence of these events and the reasons behind the White House’s decision to withhold critical military assistance to Ukraine that was appropriated by Congress to counter Russian aggression,” both documents read.

The whistleblower complaint is largely based on a July 25 phone call between Trump and Ukrainian President Volodymyr Zelensky. Both the complaint and a transcript of the phone call has been released publicly.

Trump said that aid was withheld because he wanted other countries to pay more in helping Ukraine and has denied allegations that his request to Ukrainian officials had anything to do with aid, CBS News reported.