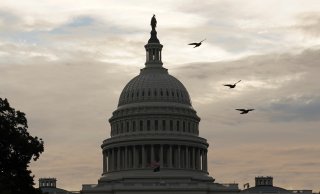 The House of Representatives passed a wide-ranging $1.5 trillion omnibus bill on Wednesday evening. The bill provides funds to keep the government running until early October and earmarking billions of dollars for assistance to Ukraine in its efforts to fend off a Russian invasion.

Both portions of the bill have been sent to the Senate for approval and are expected to pass with bipartisan support. President Joe Biden must pass the bill by Friday in order to avoid a government shutdown, as the “continuing resolution” funding government activities expires on Friday night.

Shalanda Young, the director of the Office of Management and Budget, voiced her approval of the bill earlier in the week, arguing that it had been supported by bipartisan majorities and was “proof that both parties can come together to deliver for the American people and advance critical national priorities.” Young highlighted the bill’s support for Ukraine, as well as its funding for healthcare research and emphasis on community safety.

Speaker of the House Nancy Pelosi (D-Calif.) and Senate Majority Leader Chuck Schumer (D-N.Y.) also praised the bill in a joint statement, describing it as a “historic” achievement.

“This bipartisan agreement will help us address many of the major challenges we face at home and abroad: from COVID-19, to the vicious and immoral attack on Ukraine, to the need to lower costs for hardworking American families,” the two Democratic leaders said in the statement.

Some Democrats criticized the bill for extending President Donald Trump’s “Remain in Mexico” policy for refugees seeking entry into the United States, which refuses them admittance until their appointed court dates. Several also expressed concern over the $782 billion set aside for defense spending.

However, nearly all legislators in both parties voiced their support for the $13.6 billion set aside for emergency aid to Ukraine. Of that total, $4 billion has been allocated for refugee assistance, $3 billion for support to the U.S. European Command, and $1.8 billion for miscellaneous financial needs in Ukraine and other Eastern European nations.

As expected, the bill also banned Russian oil from the United States and provided sanctions enforcement mechanisms through the Treasury Department, Justice Department, and Department of Commerce.