How the A-10 Warthog Could Become North Korea's Worst Nightmare 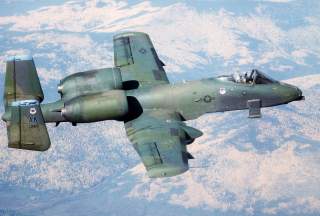 The A-10 was originally designed and deployed to support NATO forces against a land attack coming from the Soviet Union.