How the AH-64 Apache Became the Ultimate Attack Helicopter 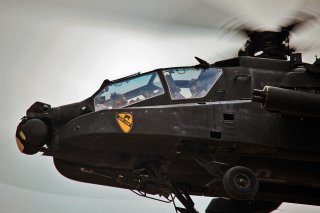