This Is How America Will Keep Iran Away from Saudi Arabia 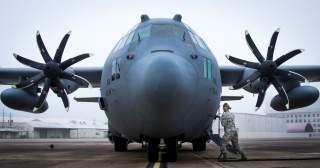 Key point: Washington is taking key steps to show Tehran that it would respond to any further attack on Riyadh.

In response to the September 14 attack on Saudi oil facilities, the Department of Defense (DOD) announced plans to deploy additional personnel and air and missile defense assets to the Middle East – including one Patriot battery, four Sentinel radars, and 200 support personnel. This deployment represents the latest American effort to deter Iranian aggression and highlights the growing and evolving air and missile threat to the United States and its partners.

At a September 20 press conference, Secretary of Defense Mark Esper and Chairman of the Joint Chiefs of Staff General Joe Dunford said that Riyadh had requested U.S. assistance following the September 14 attack. “The Iranian regime is waging a deliberate campaign to destabilize the Middle East and impose costs on the international economy,” Esper said.

The attack, Esper continued, carried Tehran’s fingerprints. “It is clear,” he said, “that the weapons used in the attack were Iranian-produced and not launched from Yemen.” Three weeks ago, despite disagreements regarding the U.S. withdrawal from the 2015 nuclear agreement, the United Kingdom, France, and Germany joined the U.S. in blaming Tehran for the attack.

The Patriot is one of the most effective and combat-experienced point defense systems for countering ballistic missiles, yet its radar system covers only a limited scope. The Patriot has been in the U.S. inventory for decades but is currently undergoing a major modernization that includes a variety of command, control, and radar improvements. As of August, the Army had upgraded nine of its 15 Patriot battalions.

The THAAD system is a land-based regional defense system that is capable of engaging incoming targets both inside and outside of the atmosphere in their final phase of flight. DOD conducted a deployment exercise of THAAD to Israel for the first time earlier this year.

The Saudi failure to use its own Patriot system to stop the September 14 attack may stem from several factors, possibly including the nature of the attack (large numbers of low-flying drones and cruise missiles), the limited radar scope of the Patriot, the Saudi focus on threats from Yemen, and/or inadequate crew training.

The Pentagon’s 2019 Missile Defense Review (MDR) noted that potential adversaries are “fielding an increasingly diverse, expansive, and modern range of regional offensive missile systems that can threaten U.S. forces abroad, allies, and partners.” The MDR also stated that Iran has displayed a land-attack cruise missile that Tehran claims has a range of 2000 km.

The U.S. and its partners – beyond just the United Kingdom, France, and Germany – need to speak in a unified voice condemning the attack and urging Tehran to return to the negotiating table. If Tehran believes it can continue to divide the U.S. from its allies and partners, it is less likely to do so.

Bradley Bowman is senior director for the Center on Military and Political Power (CMPP) with the Foundation for Defense of Democracies (FDD), where Andrew Gabel is a research analyst. Follow Bradley and Andrew on Twitter at @Brad_L_Bowman and @Andrew_B_Gabel. Follow FDD on Twitter @FDD and @FDD_CMPP. FDD is a Washington-based, nonpartisan research institute focusing on national security and foreign policy. This first appeared earlier in October 2019.