How the B-2 Bomber Could Destroy Iran In a War 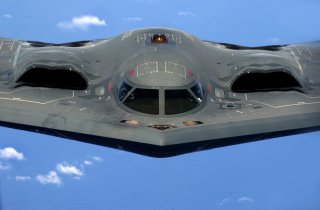