How Biden and U.S. Allies Should Sanction Russia 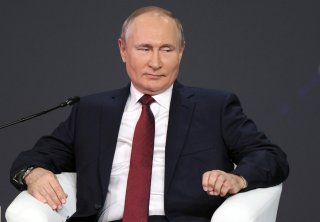 Following the dual revelations of Russian interference in the 2020 U.S. presidential election and the SolarWinds cyberattack, the Biden administration announced a new series of sanctions on Russian individuals and entities. Though these sanctions are a promising first step in addressing Russian aggression, the Biden administration must do more than just this. It can do so by leading a proactive multilateral campaign to tackle Russian-sponsored dark-money networks and other illicit activities. The aim of this multilateral sanctions campaign would be to restrict and deter further Russian-led election interference and cyberattacks against U.S. and allied governmental infrastructures.

The latest round of sanctions is designed in a more judicious and targeted matter than those of the Trump administration, which emphasized quantity over quality. These sanctions are drafted with specific and reasonably achievable policy goals, scalable to the potential magnitude of Russia’s wrongdoing. For instance, should Russia invade Ukraine further, this sanction regime allows for the imposition of sectoral sanctions, which would target large state-owned enterprises like Gazprom. Another potential option is sectoral sanctions that target sectors of the Russian economy to shrink the state’s financial capacity for hostility. These options stand in contrast to but are not necessarily exclusive of human rights-related sanctions that can be applied to members of the Kremlin’s inner circle. The specificity of these regimes is partly why the latest round of sanctions made no mention of the imprisonment of dissident Alexei Navalny or uses any human rights-related sanctions regimes. They are targeted in response to adversarial behavior towards the United States, and not primarily on the basis of human-rights-related behavior.

The strengths of specific and flexible regimes are undermined by a lack of coordination with allies. One key example of this regards the latest sanctions attempt to crack down on Yevgeny Prigozhin, an oligarch with close financial and personal ties to President Vladimir Putin. Prigozhin is actively evading previously imposed sanctions on him through global shell corporations and fronts. Though he is known for managing numerous global dark-money networks engaging in election interference, these sanctions will have too little impact, as Prigozhin can simply move his operations into less transparent and less-regulated jurisdictions. For example, British Overseas Territories still lack transparency despite commitments to improve. Thus, coordination among the United States and its allies is necessary to ensure that all jurisdictions maintain financial transparency and prevent shell corporations from operating there. Crucially, the anti-corruption CROOK Act, introduced in the U.S. Senate in February, offers a means of information sharing between U.S. allies and participating states of the Organization for Security and Cooperation in Europe on Russian dark-money networks, which would help prevent such evasion. The Biden administration could strengthen this by coordinating with the North Atlantic Treaty Organization, the European Union, and other allies on improving financial transparency and intelligence sharing on sanctions evasion and dark-money networks. Ideally, a regionally diverse group like the Democratic 10 (D-10) would make this anti-corruption campaign more global.

The Biden administration should likewise advocate for allies to formulate sanctions regimes based on the United States’ own regimes. There is already a push for U.S. allies to replicate the human rights-based GLOMAG (Global Magnitsky Act) regime, especially as the Biden administration has heavily implied it could use GLOMAG sanctions if Navalny dies while in custody. Indeed, some allies have already implemented similar regimes or are in the process of doing so. Recently, the European Union adopted its own GLOMAG in December 2020 and used it for the first time in relation to Navalny’s detention in February 2021. Meanwhile across the Pacific, there is growing support for GLOMAG legislation in Australia, albeit driven more by concerns of China than Russia. In addition to an international GLOMAG regime, the Biden administration could support allies that are developing laws like the CROOK Act, which would enable intelligence-sharing and law enforcement cooperation. In doing so, the administration ought to emphasize the act’s ability to crack down on dark-money networks that enable cyber-intrusions and election interference. The introduction of both a CROOK Act and GLOMAG sanctions regime would create a global and comprehensive system that can address violations of both human rights and political sovereignty.

Francis Shin is the 2021 Geostrategy & Financial Diplomacy Fellow at Young Professionals in Foreign Policy. He recently received a master’s degree in International Affairs from the Graduate Institute of International and Development Studies in Geneva, where he studied global security governance. His master’s dissertation was on the increasing usage of the SWIFT network in U.S. and international sanctions regimes. He has previously worked as the Joseph S. Nye Jr. research intern in the Energy, Economics, and Security program at the Center for a New American Security (CNAS). He has also interned at the United Nations Office at Geneva and the National Consortium for the Study of Terrorism and Responses to Terrorism (START).

Sarah Martin is the 2021 YPFP Eurasia Fellow. She works in Washington, DC, supporting the implementation of human rights programs in Eurasia, with a focus on Ukraine and Moldova. Prior to this, she was a Research Associate at the Secretariat of the Organization for Security and Cooperation in Europe Parliamentary Assembly in Vienna, Austria, where she followed political-military affairs, and an intern with the U.S. Commission for Security and Cooperation in Europe (US Helsinki Commission, where she followed a similar portfolio. She received an MS in Conflict Analysis and Resolution from George Mason University and a BS in Business Administration from American University.