How Big Should the U.S. Navy Actually Be? 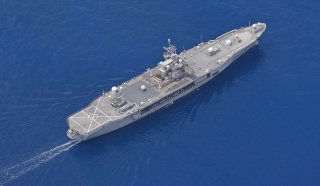