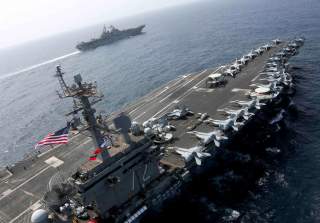 The building was drab on the exterior; a nondescript office complex on the fringe of Shenzhen outside of Hong Kong. Li Zhou opened the door and got out of her small car. She eyed the revolving door and made her way to the entrance as the vehicle moved along to its next user. She had reached the pinnacle of her career.

It all started with an acceptance to MIT, the job in Silicon Valley, a high paying research fellowship with DARPA and IBM then her eventual return home to the PRC. Zhou’s untimely departure in the eyes of her previous employer, a tech giant researching quantum technology, was under the guise of accepting a position at a smaller firm in Japan.

The whole time, Zhou was an intel officer with the Chinese ministry of state security known as the MSS.1 The assignment was initially very broad: infiltrate American industry. As her research progressed, the target become obvious. From those first classes at Cal Poly and the eventual Ph.D. from MIT, Li knew she was interested in the emerging field of quantum computing, specifically encryption.2 This interest played perfectly into the hands of the Chinese state.

The woman at the desk nodded and motioned to Zhou to follow. Dr. Zhou swiped her badge at the elevator bank and waited. The door opened, and she stepped inside.

They were on the brink of testing their new machine. Today was the first deployment of the technology. It was meant to be a test in a controlled lab to see if its power was as grand as they all thought. The timing was odd; it was six in the morning. This was something that PLA and her superiors at MSS insisted upon. She wasn’t sure what was truly going on, but she had a sense something much larger than her quantum machine was at play.

As the elevator opened into the dark room, her suspicions were confirmed. The deputy minister of the MSS was standing over a console pointing, showing what appeared to a PLAN admiral something on a screen.

Both men looked up as she entered.

“Dr. Li Zhou, it is a momentous day, we look forward to seeing what you and your team have concocted for us.”

Li shook the Minister’s hand and faced the admiral.

“Forgive me, Dr. Zhou. This is Admiral Zheng. He is here to help liaise with another part of the test.”

“Oh? I wasn’t aware of the second part.”

“It is no problem, think of me as an observer.” the man with piercing eyes said.

Li nodded and concealed the chill that came over her after the cryptic response.

“Excellent, let us get started.”

“Before we begin, could you give the admiral here an overview of the scope of today’s attack … erm test?”

“Admiral, we have refined the technology that we have developing for decades. Our quantum computer is ready to crack encryption in embedded systems and operations technology. The concept today is to see if we can crack the data and control feeds of satellites over the South China Sea controlled by America and her allies. We have recreated them in this lab and will attempt to disrupt them in this demo today.”

Admiral Ming and the minister both smiled

“This is grand. I will ensure that the Chairman hears of your work today. This test is a momentous occasion.”

Li sat at the console and toggled the targets they had for this morning.

“Ok, first up is an iridium communications satellite in low earth orbit. It’s the first of six iridium birds we will take offline, and it’s about to pass over the South China Sea. Let’s see if we can get a back door into it…”3

Li looked down at the timeline she had on what their goals were for today.

The admiral was glowing.

“When we are successful today, the implications for the nation will be essential for our growth. The west will lose imagery for any satellite that comes near China.”

For a moment, the room was still. The only sound was the hum of the power bank running into the massive machine.

Zhou Li hit enter; the machine buffered for a moment as her computer sent the commands into the quantum computer, which chewed through the encryption of the first target. Once cracked, an HMI appeared on Li’s terminal. This interface gave her inputs to make changes and set parameters for the hack.

The two men watching behind her were staring through her at the screen with such intensity there should have been smoke coming from the focal point.

She didn’t notice, Li was in a trance, focusing on her work as if she were conducting an orchestra. The first target, the iridium bird, was breached. Without skipping a beat, she marked off the first box on the list below and moved toward the next.

One by one, she worked down the list until they were all listed as functional kills. Li moved the cursor and highlighted the function to disconnect all the breached birds loitering over her nation’s homeland illegally. With a grin, she pressed the button and looked at the pair standing over her.

“Admiral, Minister, that’s it, we have concluded the brute attack. At this point, we wait and see if there’s any simulated response.”

“I was told we have another team running as a blue team attempting to undo what I’ve done..” she continued with pride.

“I’m confident that they will fail.”

Both men smiled again as if holding in an inside joke.

“Minister, is there something I’m missing?”

“What aren’t you telling me? “

Before the Minister could speak the admiral interjected

“This was a live attack; you just infiltrated and defeated all western satellites over the South China Sea.”

“You have done your country a great service, Dr. Li Zhou.”

He stepped forward and produced a pink blossom.

A dark smile crept over Li’s face; immense pride filled the cold heart of this intelligence officer as the admiral pinned the blossom on her lapel

“What is my next target?”

Cortez looked off the bow. He could see the Navy drone boat moving off to run down some phantom. He’d never understood why they had them for these trips, but he wasn’t going to complain.

“Jackson, do you want to get some stick time?”

The mate looked up. “Yes cap’n I’d appreciate it. You know how they don’t let me get much sunlight anymore.”

“Someone has to keep this oversized computer sailing!”

“Y’all doing a stellar job, next port your grog ration and night out is on us,” Cortez added with a sarcastic grin.

“Thank you, sir. Shenanigans will be had…” Jackson managed with a tip of the cap as he made his way to the helm.

Cortez moved to look at a contact report the Navy escorts just forwarded the ship. Well, the report that 90′ drone sent. There wasn’t anyone aboard her, just a slew of computers and some missiles just in case a boat, submarine, or another missile got too close. Each ship in the convoy also had a close-in weapons system (CIWS), a dated platform originally posted on navy ships in the 1980s. These were the mean-looking snowmen with chain guns meant to throw up a wall of fire at an approaching target. Each CIWS was mounted on top of the bridge in a standard shipping container and were a little smaller than the original systems deployed in the Cold War. These upgraded devices had a master arm control that was a physical switch in the chief’s office three floors below the bridge that would bring the weapon into an autonomous mode. Navy protocol dictated that this was to be left in standby mode until the crew was told otherwise by the Navy.

Cortez wasn’t worried about this trip. The precautions came only after the attacks on the ships in the Strait of Hormuz all those years back. They usually made this run without an escort. He hadn’t looked at the manifest for this one, but he figured it had something to do with what was starting to broil on the Korean Peninsula… or was it Taiwan? He couldn’t remember, that’s why he never joined the Navy.

Officially known as ASV-2, the convoy had two drone ships covering the trail of ships making their way to Japan from Diego Garcia. One ASV tasked with AAW, or shooting down airborne threats. The other with ASW, or sinking submarines, bent on targeting their protectee.[4] Each vessel was normally a sleek craft, but the weapons on the bow and stern made them look like floating gun trucks from that old war movie set in Africa.