How China Is Planning To Shoot the U.S. Air Force Out of the Sky 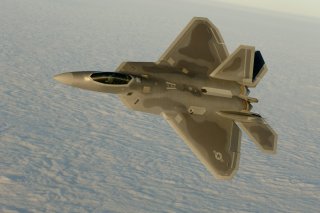 The U.S. Air Force wants to make sure it can destroy advanced enemy Surface to Air Missile Systems and sustain a decided measure of air superiority against rivals now engineering much more advanced air-defenses likely to include AI-enabled target processing, faster digital networking, longer ranges, and a wider sphere of frequency detections.

“Air superiority is foundational to most other things we would want to be able to do, so if you don’t have air superiority, most of the things we want to do are being held at risk. Establishing air superiority more permanently is improving the capability we already have,” Wilsbach told reporters at the AFA symposium.

Details regarding the Chinese HQ-9 air defense systems, reported to be operational in certain areas of the South China Sea, may not be available, yet the system is reported to be capable of “engaging multiple aircraft,” according to an interesting report years ago from DW.  The Pentagon did acknowledge Chinese weapons placed in sensitive areas of the South China Sea years ago, however, there does not appear to have been any statements of the exact kind of weapons.

“While not the most advanced SAM system in the world, if it has indeed been deployed to Woody Island then this would be the most advanced long-range air defense missile currently deployed to an island in the South China Sea. The HQ-9 is capable of engaging multiple aircraft, including combat aircraft. It resembles the Russian S-300 system but China is assessed to have developed variants of the system with a longer range, potentially up to 230 kilometers,” the DW report writes.

Air defense and missile threats are of pressing relevance in the Pacific because China is known to possess mobile-air defenses which can shift positions, emerge from locations hidden by terrain and relocate based upon areas of intended attack. Weapons that find and hit moving targets at long ranges, therefore, certainly introduce new tactical advantages for the F-35 and F-22. Some of these road-mobile missiles were cited in a Congressional report as being able to contain nuclear missiles with multiple re-entry vehicles, a circumstance presenting an even more pressing threat. The kind of maneuverability and sensing resident in the F-35 could indeed make that an ideal platform to track and take out these kinds of launchers.