How China Uses Its Universities to Spy on America 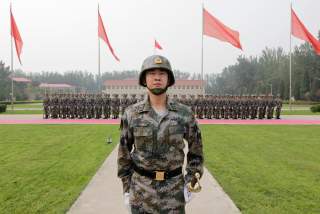 When Xu Yanjun travelled to Belgium in April 2018, he wasn’t there as a tourist but as an officer of China’s Ministry of State Security. Xu had been lured to Belgium by US authorities who then extradited him and are now prosecuting him on charges of economic espionage.

This was a remarkable case for a number of reasons. It was the first-ever arrest of a Chinese intelligence officer—and not simply an agent or asset—by the United States. And the indictment mentioned Xu’s accomplice, a senior executive at Nanjing University of Aeronautics and Astronautics. This man worked with Xu to lure American jet engine experts to China, and then recruit them.

Xu’s partnership with this university in Nanjing reveals the tip of the iceberg in terms of links between China’s universities and its defence and security establishment. In 2018, ASPI’s International Cyber Policy Centre published Picking flowers, making honey, a report that laid out the Chinese military’s extensive presence within foreign universities, to which more than 2,500 of its scientists have been sent as visiting scholars or students.

Now, the China Defence Universities Tracker website records in unprecedented detail how more and more Chinese universities are becoming integrated with China’s military apparatus, security agencies and nuclear weapons program. This has serious implications for governments and universities in how they approach research collaboration with China.

Picking flowers, making honey described a problem; the China Defence Universities Tracker aims to be part of the solution. While Australia’s universities generally have systems in place to manage collaboration, vet visiting scholars and ensure research integrity, they aren’t working. Media reporting and scholarly research have uncovered numerous cases of universities working with companies implicated in human rights abuses or with the Chinese military and its proxies.

The newly released Guidelines to counter foreign interference in the Australian university sector are a valuable tool for universities to revisit and hopefully revise these systems. But efforts to manage collaboration will only be successful if they seek out and incorporate the kinds of information included in the tracker.

Built by an international team of China analysts, including Alex Joske, Charlie Lyons Jones, Elsa Kania, Samantha Hoffman and Audrey Fritz, the tracker is a book-length database on over 160 civilian universities, military institutions, police and intelligence academies, and defence conglomerates. It identified nearly 200 defence laboratories and 400 specific fields of research designated by the Chinese government as ‘disciplines with defence characteristics’ across nearly 100 civilian universities.

It also records the Ministry of Public Security’s growing university partnerships on surveillance technologies amid the disappearance of an estimated 1.5 million Muslim ethnic minorities into Xinjiang’s camps. On the basis of these and other findings, it sorts universities into risk categories.

Research for the tracker has found that China’s defence system historically relied on a group of seven leading universities known as the ‘Seven Sons of National Defence’ to train defence scientists and push forward the cutting edge of defence technology. These universities, such as Beihang University and Nanjing University of Aeronautics and Astronautics, are still dominant, sending a third of their graduates to the defence sector. Defence research spending by just one of them, Harbin Institute of Technology, nearly matches the Australian government’s spending on defence technology research.

A broader measure—the number of universities awarded clearances to participate in classified research—brings us to more than 150 universities. For example, Tsinghua University, known as ‘China’s MIT’, hosts at least eight defence labs, one of which works on air-to-air missiles. Its internet servers have been linked to cyberattacks around the world, including against Tibetan dissident communities. In 2013, 40 PhD students at Tsinghua were sponsored by China’s nuclear weapons program and required to work for it after graduation.

China’s state-owned defence conglomerates have also been described in the tracker. These manufacturers of guns, missiles, jets, warships and radars jointly supervise at least nine Chinese universities, funding them, running laboratories with them, and playing a role in their management. They have also increased their overseas presence since 2012.

Our research has found at least 14 joint labs or partnerships these conglomerates have established with universities in the UK, Austria, Germany, Switzerland and Australia. These joint labs host Chinese missile and military aviation experts and—in the case of the University of Technology Sydney’s partnership—have been linked to surveillance systems.

How can Australia grapple with the deepening of our research collaboration with China at the same time as the Chinese Communist Party cultivates so-called universities with defence characteristics? The government, universities and individual researchers all have important roles to play here. It will be important for the government to revise and enforce relevant legislation and to continue working with universities to develop responses that protect university autonomy and academic freedom.

But, ultimately, only by recognising the problem and understanding where their systems have fallen short can universities prepare themselves for the future.

This article by Alex Joske and Charlie Lyons Jones first appeared in the Australian Strategic Policy Insitute’s The Strategist in 2019.