How the Coronavirus Could Mean the End of DirecTV, Xfinity and Fios 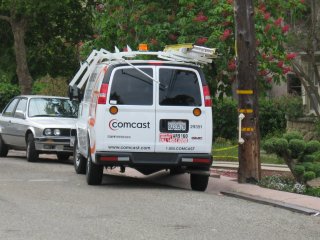 Cord-cutting--or the act of getting rid of your cable subscription in favor of a combination of streaming services or other entertainment--has been rising trend for several years now, spurred on by the proliferation of new streaming services.

For those who haven't cut the cord yet, one thing keeping them from doing so has been live sports. While such services as Hulu + Live TV include sports channels, most who cut the cord lose regular access to their favorite local and national sports broadcasts.

However, with college and professional sports on pause during the coronavirus pandemic, the lack of games has a chance to spur a new wave of cord-cutting-especially if the 2020 NFL season doesn't start on time.

According to a survey of 1,000 U.S. cable subscribers by the cord-cutting website Kill the Cable Bill, in cooperation with Mindnet Analytics, around a third of cable subscribers would be "very likely" or "somewhat likely" to cancel cable if this year's NFL season is postponed.

Fewer of those surveyed said they would likely cancel cable in the likely event that no sports air by May 1, but clearly the lack of NFL this year would make a difference.

Even if the NFL season does start on time, there are plenty of ways to watch the NFL if you're a cord-cutter, in addition to catching games at a bar each Sunday instead of at home.

The majority of NFL games are aired on broadcast television, through national TV contracts with FOX, CBS and NBC, although Monday Night Football airs on ESPN. Cord-cutters with digital antennas can watch locally broadcast Sunday afternoon games, and can catch Monday Night Football if they subscribe to ESPN+, while subscribers to CBS All Access can watch CBS games on there. Peacock, the soon-to-launch streaming service from Comcast/NBC Universal, is set to stream one of NBC's wild-card playoff games this season.

However, cable is required for a lot of ancillary NFL programming, from the year-round local analysis and highlight shows to NFL Network. The NFL Sunday Ticket package, which consists of every NFL game, is only available to DirecTV subscribers.

While the NBA and NHL seasons were suspended last month, and Major League Baseball has had its start delayed, the NFL's season isn't scheduled to begin until September, with training camps set to open in late July. While President Trump has expressed wishes multiple times for the pro football season to start on time, other elected officials have expressed skepticism that such large-crowd events will be feasible, even in the fall.

With fans hungry for sports, ESPN this Sunday will air a televised H-O-R-S-E competition, featuring current and former NBA stars, including Chris Paul, Trae Young and Paul Pierce. The participants will be filmed in their home gyms.