How the Coronavirus Has Damaged Global Food Supply Chains 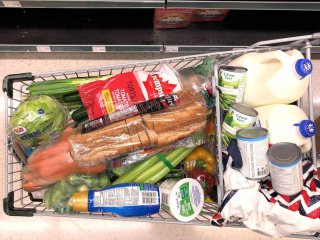 Just as COVID-19 has caused turmoil in global financial and energy markets, the pandemic is also affecting the global food market as more countries move to shore up their domestic supplies. The attempts by food importers to increase their reserves, and by food exporters to limit the outflow, have already affected prices of core food stocks such as wheat and rice.

The pandemic, however, is unlikely to lead to any major food security emergencies in the short term, as many countries are taking action to guarantee access to food and regulate food prices. Global food markets are also somewhat padded as they entered this crisis with already substantial reserves from a period of strong harvests. China, for example, currently holds over half of the 287.1 million tons of the world’s wheat reserves. But localized misalignments of supply and demand still carry risk in other areas of the world.

Countries have made varying degrees of changes to their export policies as a response to the COVID-19 crisis, leading to limited disruptions in food prices and supply. In most areas, these disruptions won’t result in significant shortages in the near term, though the open-ended nature of the ongoing pandemic means such policies could yet be prolonged.

For particularly weak countries that have limited financial reserves and pre-existing food security challenges, this situation could become troubling should COVID-19 disruptions extend into the summer. Some of these nations — including Zimbabwe, Venezuela and Mauritania — already struggle to meet food demands under normal conditions. Price increases and restrictions on supply could rapidly lead to severe shortages there. For Zimbabwe which has been on the verge of a food crisis since its foreign currency crisis in early 2019, the situation is particularly bleak. Its dependence on food supplies from re-exporters within its immediate periphery, such as Zambia and South Africa, could rapidly tip it over the edge if those countries were to take actions to protect their own domestic food supply.

In Central Asia, Kazakhstan’s drastic cuts of food exports that are further reinforced by the three-month EAEU suspension could risk a short-term misalignment between regional supply and demand leading to localized food security emergencies. Kazakhstan’s Ministry of Trade has suspended all exports of essential food products as of March 22. While Kazakhstan may not be too significant of an actor on a global scale, the country produces a vast amount of regionally consumed food products. Throughout Central Asia, countries like Uzbekistan and Tajikistan depend on Kazakhstan for nearly their entire volume (95 percent) of grain imports. In addition to its suspension of exports, Kazakhstan has also removed all duties from food imports, which means they may in fact swallow up some additional available volumes of food products in competition with markets they have deprived.

Like Russia, Kazakhstan’s exports are also typically low at this time of year, which will somewhat cushion the immediate impact. If suspensions are held in place going into the Kazakh harvesting season between August and October, however, regional shortages are all but guaranteed. The extremely high degrees of dependency within this region can make it very difficult for impacted countries to access alternative supplies. Particularly, as these countries are just now starting to become directly affected by COVID-19 breakouts, risks of localized shortages are significant.

Some countries that are nearly entirely dependent on food imports, however, have successfully insulated themselves from temporary disruptions. Arab Gulf states, in particular, which have little domestic food production to boast due to their arid desert environment, stand out in the degree to which they depend on foreign food production yet face little risk in the near term thanks to their wealth and foresight. The United Arab Emirates, for example, currently imports between 80 and 90 percent of its food from abroad, which in itself represents a significant supply chain vulnerability. But the country has mitigated this by diversifying its food suppliers, establishing strategic reserves that can cover consumption of up to six months, and by directly investing in foreign agricultural development that offers them exclusive access. Other Arab Gulf states have made similar approaches, leaving them relatively unthreatened by potentially several months of disruptions in the global food market.

The global availability of food products is further exacerbated by the limited capacity for commercial shipping to transport these goods. Commercial vessels are suffering from extensive delays as they are forced to comply with varying procedures in different countries to limit the spread of COVID-19. This has included rerouting to other ports, delays in clearances or payments, and even disinfection procedures. With a significant volume of vessels removed from the available capacity due to these delays, there is a real risk of a transport bottleneck temporarily disrupting shipments of food products to their destinations. The COVID-19 crisis has also caused refrigerated containers, which are essential to the transport of perishable food products, to get stuck in delays in China. Shipping and container capacity will eventually rectify itself as delays disappear, but for now, measures against the spread of COVID-19 will continue to restrict that capacity on a global scale.

That said, the exact timeline for restrictions on global food trade remains unclear. And the COVID-19 crisis continues, as well as trade restrictions in response to it, the risk for localized food security emergencies will increase. In a worst-case scenario in which a prolonged disruption if the spread of the virus were to continue unabated into the harvesting seasons of the larger exporters, major misalignments of supply, demand and transport capacity could result in significant shortages across import-dependent states. In all likelihood, however, disruptions will remain limited in the event that the crisis lasts several months, and global supply stress will mostly express itself through rising costs of food products.

COVID-19 Ripples Through Global Food Trade is republished with the permission of Stratfor Worldview, a geopolitical intelligence and advisory firm.