How Could the U.S. Military Already Have a Sixth Generation Fighter? 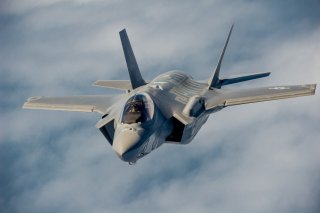 A massive and still largely unknown technology breakthrough may be upon us, by virtue of the apparent Air Force decision to not only fast-track a new 6th-Gen fighter platform but actually fly it.

While of course technical details and specifics regarding the kinds of 6th-Gen platforms which have been in development are closely held or not public for security reasons, that fact that one is here now seems to suggest that sufficient technological breakthroughs have occurred to inspire a decision to actually “build and fly” a new stealth fighter jet platform.

Developers have for many years now been immersed in technological exploration, prototyping, and conceptual work related to 6th-Gen fighter technology, looking at things like building stealthier airframes, applications of AI, miniaturized long-range sensors, targeting technology and drones operating with ever-increasing levels of autonomy.

Does the fact that a 6th Gen aircraft has already flown suggest that, perhaps, some of the most essential ingredients of long-term transformational technologies are, in effect, already here?

For instance, some now-in-development next-gen stealth technologies, including new radar-evading configurations, coating materials, and advanced thermal-signature reduction have for many years been fast-approaching levels of combat readiness. Maybe some of these things are here now, given the pace of technological innovation?

New long-range, high-speed, course-correcting or even self-guiding weapons, combined with new stealth attributes or AI-enabled sensors could indeed help a U.S. 6th-Gen platform achieve overmatch for decades to come, Navy and Air Force developers have for quite some time been pushing the boundaries of the “art-of-the-possible” to the maximum extent, so perhaps certain major breakthrough have happened? Would not seem unlikely given the extent to which digital engineering, weapons guidance technology, autonomy, and AI-enabled integrated systems and networking have been progressing in recent years.

The challenge of trying to discern the optimal time to actually build a new airframe is something that has been explored for many years, as evidenced by a Naval Postgraduate School essay from 2016 called “The 6th-Generation Quandry.” The essay poses the question as to whether it might be equally if not more effective to postpone formal 6th-generation development until truly breakthrough advances emerge, while pursuing advanced variants of current, yet upgradeable platforms in the interim.

Could this question having been anticipated years ago, have yielded answers to a degree such that the Air Force did indeed go ahead and fast-track a new platform? It does appear that way.

The 2016 paper, from the Naval Postgraduate School Acquisition Research Program, cites a handful of “at-the-time” cutting edge developmental items showing significant long-term promise. The paper cites “new models of the F-35 optimized for air combat,” the emerging B-21, drone-launching C-130 “mother ships” and “weapons truck arsenal planes” are positioned to optimize current technological progress. However, none of these kinds of technology are disappearing by any estimation, given the long-term plans in place for promising F-35 modernization.

Given that so many key elements of modernization can be achieved through mission systems, avionics, AI-enabled targeting, and surveillance, and of course weapons guidance, Pentagon and Lockheed developers recognize that the F-35 can in future decades can achieve new breakthrough levels of performance with software upgrades and other kinds of technological adaptations. This may be why many envision integrated connectivity between the F-35 and 6th-Gen fighters as they potentially fly together into the 2080s.