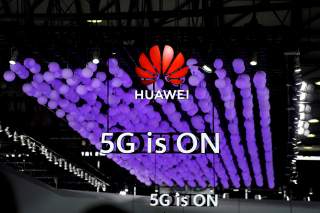 Despite a chronic trade deficit in advanced technology products, the United States remains a global trendsetter for networking and telecommunications. U.S. companies are currently in a battle with Chinese state-influenced enterprises like Huawei that will determine whether American dominance continues into the era of 5G communications.

5G is the next big leap in mobile networking, a cluster of technologies that will deliver greatly increased speed, bandwidth and reliability to users. The U.S. Department of Defense has said that 5G is critical to future military applications such as autonomous vehicles, multispectral sensor fusion and battlefield robots.

But whether America’s economy and warfighters will benefit fully from 5G depends in large part on who sets the standards and provides key technology. U.S. companies largely wrote the book for how 3G and 4G mobile technologies were introduced, but 5G is shaping up to be a zero-sum game between American tech companies and their Chinese rivals.

Against that backdrop, a federal district court decision in May is threatening to undercut the advantages that U.S. companies have in the 5G race, delivering an early victory to China. The decision found that the current U.S. leader in 5G technology, a company called Qualcomm, was violating antitrust law, and directed it to offer its portfolio of intellectual property to rivals at concessionary prices.

Judge Lucy Koh, who wrote the decision, did not dispute Qualcomm’s ownership of the technologies in question. Licensing patented technology to smartphone producers and other tech companies has long been a core feature of the company’s business model. But she found that Qualcomm’s failure to share it at subjectively “fairer” prices was tantamount to anti-competitive behavior—banned by the Sherman Antitrust Act of 1890 and subsequent federal standards.

The district court ruling was rendered pursuant to a case brought by the Federal Trade Commission during the waning days of the Obama Administration. But other federal agencies were aghast at the breadth and implications of Judge Koh’s decision, which in effect required Qualcomm to offer its technologies to Chinese competitors at fire-sale prices. The case was immediately appealed with complaints questioning the ruling filed by three heavy-weight government entities.

The Justice Department argued the court had made “fundamental errors” in her analysis, misapplying antitrust law and imposing an overly broad remedy without consideration of how third parties might be injured. The Defense Department warned that “any disruption of supply of Qualcomm products or services to the U.S. Government, or of Qualcomm’s related R&D, even for a short period of time, could have a detrimental impact on national security.”

The Energy Department’s chief information officer stated in his own filing with the court, “The Department believes that any remedy that causes undue financial strain on Qualcomm may result in undermining Qualcomm’s position in the growing 5G market (among other telecommunications markets) and ceding to foreign entities, in particular China, a dominant position in the development and expansion of 5G technology.” The Energy Department specifically referenced its responsibility for managing the nation’s nuclear-weapons programs in describing fallout from the district court decision.

There isn’t much doubt that if the decision is sustained it will have profoundly negative consequences for Qualcomm because the company generates much of its revenues from licensing intellectual property. The unusual aspect of the ruling is that the ownership of the intellectual property is not in question, combined with the court’s insistence that it must be shared at a lower cost with Qualcomm’s rivals. Even when companies operate as monopolies, it is rare for regulators to insist they must share proprietary technology with direct competitors. There is no precedent for U.S. technology companies being directed to offer their intellectual property to hostile, national rivals.

Qualcomm is not strictly speaking a monopoly, but it is widely acknowledged that the company plays a unique role in the telecom sector—a role no other U.S. enterprise can likely fill in setting standards for the rollout of 5G technology. But Chinese enterprises, most notably Huawei, probably could. So the district court ruling potentially confers a huge competitive advantage in the 5G race on China that it did not earn.

This is just the latest instance of U.S. domestic processes helping America’s competitors and hurting national security. The pattern has repeated numerous times, most notably in allowing Beijing to join the World Trade Organization without enforcing its free-trade commitments.

In this case, U.S. economic and military security are endangered by a self-inflicted wound. This is why many in national security hope the higher court will grasp the destructive consequences of the district court ruling in the Qualcomm case with a decision more in keeping with the traditional standards of antitrust law.

Loren B. Thompson is Chief Operating Officer of the non-profit Lexington Institute and Chief Executive Officer of Source Associates, a for-profit consultancy.