How Does the Kel-Tec SU-16 Compare to the World's Best Rifles? 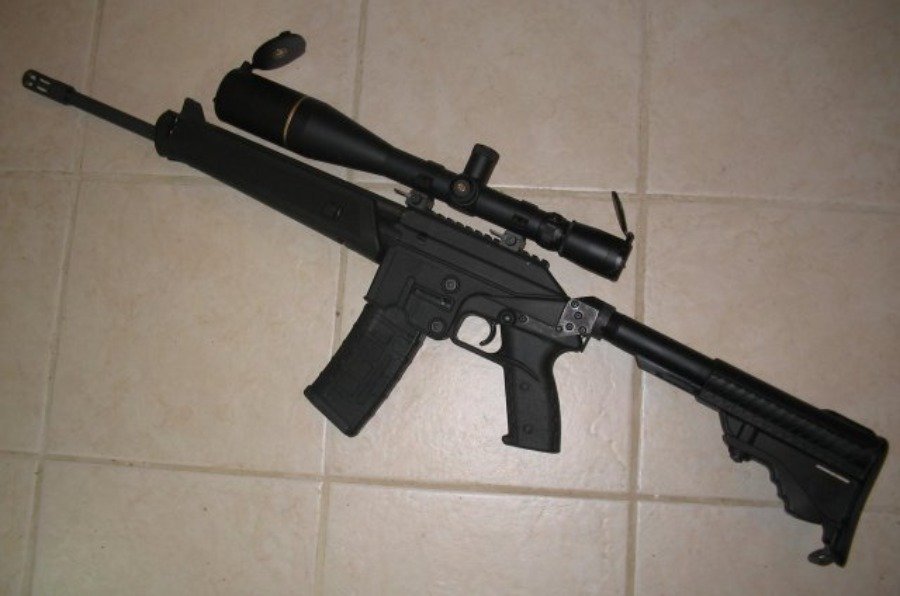 Key point: While it's not an AR-15, the SU-16 series offers a lightweight and unique alternative.

One of the most popular markets in the world of firearms is the 5.56-millimeter semi-automatic rifle. The most common of these are long guns built around the AR-15 common platform, but alternatives to this do exist. One such alternative is the Kel-Tec SU-16, which incorporates features that make it an attractive alternative to those needing compact rifles or that live in states with so-called assault weapons bans in place.

The SU-16 series of rifles and carbines (legally, long guns with shorter barrels) are what the company calls “sport utility rifles.” This riff on sport utility vehicles differentiates them from the AR-15 platform and user community, which has largely embraced the “modern sporting rifle” description. The SU-16, while all black and utilitarian in design, for better or for worse doesn’t resemble a military-type firearm.

The SU-16 series also differs from the AR-15 platform in using the gas piston operating system. Unlike the AR-15, which diverts hot gunpowder gasses through a tube to drive the bolt carrier group, cycling the weapon, the SU-16 uses those same gasses to drive a piston, which in turn drives the bolt. The result is a weapon that requires less frequent cleaning and will generally require longer periods of sustained firing to generate substantial amounts of heat.

There are other differences between the two platforms. As a consequence of having a gas piston design, the SU-16 lacks the buffer tube and buttstock assembly common to the AR platform. The need for a buffer tube limits the extent to which the latter can be made compact, as the buffer tube and buffer spring must be present for the AR-15 to cycle. The SU-16, on the other hand requires no such mechanism, meaning models equipped with folding stocks can be fired while folded. Although this has no obvious advantage, it is one example of the fewer limitations a gas piston long gun has versus the dominant gun on the market.

The SU-16 design includes several interesting features. Unlike the AR-15, which charges via a charging handle located at the rear of the receiver, the SU-16 has a charging knob on the left side of the rifle. The front hand guard can fold down into two separate pieces, forming a bipod. The length of the handguard makes the bipod quite tall, but that would be necessary anyway using standard capacity magazines.

Kel-Tec’s rifle does share some features with the larger platform. It is also a semi-automatic rifle chambered in .223/5.56-millimeter caliber. The SU-16 can take M-16 type magazines, so someone owning a “modern sporting rifle” can share magazines between the two platforms. This in turn drives down acquisition costs for picking up a new rifle.

The base SU-16, the SU-16A, weighs five pounds unloaded. That’s about a pound less than a stock AR-15. It has an overall length of 37.4 inches, and a length of just 26.4 inches with the stock folded. The 18.5” barrel incorporates a twist rate of one in seven inches, a common twist rate for .223/5.56 firearms optimized towards average and above average weight bullets. Trigger pull is six pounds, about average for a semi-automatic rifle.

Over the years the SU-16A has spun off several derivatives. The SU-16B features a 16-inch barrel that is also thinner, making for a shorter and lighter weapon and something more suitable for backcountry use. The SU-16C is equipped with a folding stock to reduce length. The SU-16CA also has a shorter 16-inch barrel but a heavier barrel for accuracy in sustained shooting. The SU-16D9 and SU-16D12 are built with nine and twelve inch barrels, respectively, and possession is limited by the federal National Firearms Act.

The final model, the SU-16E, features a 16-inch barrel but also an AR-15-like twist: unlike the other rifles and carbines in the lineup, it has a pistol grip and six position, retractable buttstock clearly derived from the AR-15 platform. Although this cancels out the SU-16’s folder ability it could prove an attractive option to those that desire a AR-style pistol grip.

This brings us to a final point about Kel-Tec’s SU-16 rifles. The SU-16 platform is significantly easier to convert into a weapon compliant with existing assault weapons bans. AR-style pistol grips are typically prohibited by such bans, but the SU-16 uses a standard hunting rifle-style grip legal in all states. Flash hiders, designed to minimize muzzle flash, are also typical of AR-15s but often expressly forbidden by assault weapons bans. SU-16s are typically sold without a muzzle device at all, allowing owners to install legal compensators and muzzle brakes instead. As a result, the SU-16 series is one of the most “featureless” semi-automatic long guns on the market.

Lightweight but packing the same firepower as the AR-15, the SU-16 is an intriguing alternative. While the seemingly endless customizability and cachet of the AR platform will ensure it remains the king of long guns for the foreseeable future, the SU-16 carved out a market share with its unique feature set and reputation for light weight.

Kyle Mizokami is a writer based in San Francisco who has appeared in The Diplomat, Foreign Policy, War is Boring and The Daily Beast. In 2009 he co-founded the defense and security blog Japan Security Watch. This article first appeared last month.