How A Ex-Nazi Army Ended Up Defending West Germany 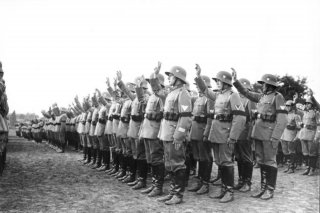 Here's What You Need To Remember: Tens of thousands of aging, poorly armed SS veterans might have been a nuisance to Soviet supply lines, but no more. Considering Soviet memories of German atrocities, one suspects that an insurgency led by ex-Nazis would have been dealt with swiftly and mercilessly.