How FDR Would Have Handled the Coronavirus Crisis 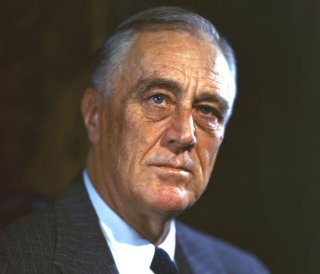 Amidst the worst pandemic in our lifetimes, President Trump has declared that he wants to go back to doing business as usual. His allies, such as Texas Lieutenant Governor Dan Patrick, have followed suit, advising seniors that they should risk their survival to keep the economy open. Patrick said recently: “If that’s the exchange, I’m all in.”

As President Trump prioritizes American companies over American lives, we should ask: what matters more? During the Great Depression, President Franklin Delano Roosevelt gave an answer: “It is an unfortunate human failing that a full pocketbook often groans more loudly than an empty stomach.” Today, it is similarly unfortunate that President Trump cares more about the pulse of the stock market than the heartbeats of tens of thousands of Americans infected with this deadly virus. Money and human life are not exchangeable and must not be traded.

True leaders focus on American lives and the economy simultaneously, not one at the expense of the other. Of course, there is an opportunity cost in any decision we make, but saving lives should always come first. The stock market will bounce back eventually, but people’s lives will not. The COVID-19 pandemic is no longer a question of public health; it is a matter of national security and respect for human life and dignity. The CDC projects that 160-214 million Americans could be infected. A recent study by the Imperial College London COVID-19 Response Team predicts that in the absence of social distancing measures, 2.2 million Americans will die. That’s more than five times the number of Americans who died fighting in World War II. “Reopening the economy” before we have made it safe to work again is an assault on the American notion of what it means to be a human being.

Even if President Trump’s economic goals are realized, which is highly unlikely given that his plan would accelerate the spread of the disease, America could never reclaim what we had before 2016: we were recognized as the global leader of ideals and aspirations for mankind.

What lessons can Americans learn from how our country overcame one of the worst crises in American history? Although the Great Depression and COVID-19 are different in nature, both permeated every aspect of American life. To rescue the country, FDR laid out 3 R’s: relief for the unemployed, recovery of the economy, and reform of the financial system. In 2020, we propose 3 P’s for getting to a “Post-Corona” world: preventing the spread of the virus, protecting the most vulnerable, and providing relief for the unemployed.

To prevent the further spread of COVID-19, federal and state authorities should leverage every instrument of national power to expand testing while enforcing social distancing. The government should undertake the equivalent of a “Manhattan Project” for biotechnology by partnering with scientists and companies to increase the production of COVID-19 tests and invest in R&D for possible treatments. Authorities should continue to enforce social distancing and self-quarantine. Because the virus can be easily transmitted in prisons, inmates convicted of non-violent offenses, those with minor parole violations, and those awaiting trial for non-violent offenses should be released. Governments should also build safe temporary housing units for the homeless, who cannot abide by shelter-in-place orders when they lack shelter.

To protect the most vulnerable among us—such as seniors and Americans with underlying health conditions—the U.S. military should rapidly expand hospital capacity across the country. This entails converting hotels, college dormitories, cruise ships and other spaces into temporary hospitals. Yale, for instance, has already repurposed the university gymnasium into a care facility. Rather than just talking about it, the President should use the Defense Production Act to work with American companies to expedite the mass production of respirators and ventilators, and provide personal protective equipment such as face shields and masks to doctors and nurses. Ford, 3M, and GE have already started this work, but more American companies should act now to produce even more respirators and ventilators than they think we’ll need.

To protect the economy while tackling these challenges, the government must provide safety nets. Many Americans live paycheck-to-paycheck and cannot afford basic needs if they lose their jobs. The objective of any future stimulus package should be to put liquid capital in the hands of Americans to spend, not to cut taxes for wealthy corporations. The government should also ensure that all essential workers have the necessary personal protective equipment. Every effort must be made to guarantee that our farming industry and food chain processes remain healthy. Food and medicine as staple goods must be accessible to everyone.

The federal government, however, cannot defeat this pandemic on its own. Let us all remember President John F. Kennedy’s call, which is more apt now than ever: “Ask what you can do for your country.” By social distancing, protecting the vulnerable, and holding our leaders accountable, the millennial generation, which has lived through 9/11, the Iraq War, and the 2008 Global Financial Crisis, can meet this challenge. Furthermore, true scientists from the CDC should give the daily scientific news briefs, up-to-date statistics, and recommendations to the nation, not President Trump. Meanwhile, the White House should stay focused on providing funding, expediting production, and protecting Americans.

Daniel Khalessi is a J.D. Candidate at Stanford Law School and former Research Associate at Harvard’s Belfer Center. Howard Dean, M.D. was the 79th Governor of Vermont, former Chair of the Democratic National Committee, and former candidate for President of the United States.