How The Glock 22 Was Born From An FBI Shootout 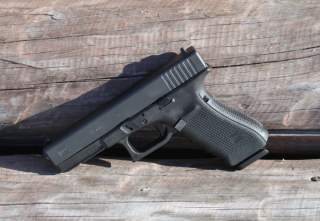 Key point: In the ebb and flow of cartridge popularity, the .40 Smith & Wesson round is now losing ground against new nine-millimeter ammunitions that feature competitive levels of energy and velocity.

Kyle Mizokami is a writer based in San Francisco who has appeared in The Diplomat, Foreign Policy, War is Boring and The Daily Beast. In 2009 he co-founded the defense and security blog Japan Security Watch. You can follow him on Twitter: @KyleMizokami. This article first appeared several years ago.