How Gluten Destroys the Human Body 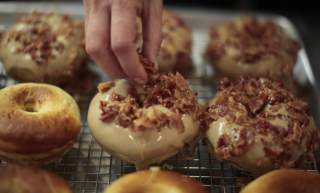 How does a piece of bread cause a migraine?