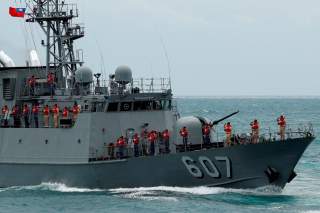 Key point: It is good Taiwan is getting into the hypersonics game, but it is far behind China.

But all these new missiles do little to correct the cross-strait military imbalance.

David Axe serves as Defense Editor of the National Interest. He is the author of the graphic novels  War Fix, War Is Boring and Machete Squad. (This first appeared in early August 2019.)