How Help from America Is Making Russia's AK-47 Even Deadlier 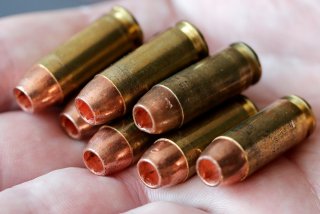 The AK-47 is known as one of the most reliable weapons in the world due to its powerful action and loose-enough tolerances. There are countless videos on the internet of the AK’s action chewing up anything that stands in the way while cycling. However, this reliability comes at the expense of recoil. From the factory, most 7.62x39 AK rifles are deliberately overgassed, causing them to have a choppy recoil impulse, rendering the rifle less controllable than it could be.

However, recently, an American company has made an innovative product that is being used in some high-end civilian AK rifles to mitigate this problem. The KNS adjustable gas piston is a near drop-in upgrade that can be used on almost any AK rifle that regulates the amount of gas impinging on the piston via a smart series of vents in the piston head. But how does it work? Is it better than other recoil mitigation strategies of the AK?

This can be accomplished by reducing the amount of gas impinging on the gas piston. The most common way of doing this, as seen in the PKM and some custom AKs, is via an adjustable gas block that has different hole sizes for different transmission of gasses. However, no production AK has been made with an adjustable gas block, and most standard gas blocks on AK rifles are made to be wholly non-adjustable to suit a conscript army.

The KNS gas piston allows adjustment to be added into a fixed gas block system by letting the gas flow through where the piston head normally would be. A click-adjustable stem changes how much gas is allowed to flow through the “piston head,” and how much is retained to cycle the action. Since most AK bolt carriers allow easy detachment and replacement of the piston head and stem, the KNS gas piston is practically a drop-in replacement in most AK rifles.

But the KNS has largely gained prominence and exposure via its incorporation into rifles built by high-end AK builders like Rifle Dynamics and Meridian Defense to mitigate recoil and accept suppressors. Many of these rifles come with the option to mount special muzzle devices that act as locking mechanisms for a variety of suppressors. With the added back pressure of a suppressor, the AK action can get even more violent, making the KNS gas piston even more necessary.

The KNS is reported to have reached limited popularity with even Russian sport shooters, who put the part in their Russian rifles with non-adjustable gas blocks for more smooth operation and reduced recoil. While AK technology and upgrades normally flow from East to West, the KNS may represent a weird anomaly in this trend, and a symbol of American ingenuity.