How India Fell Behind in the War on Space Debris 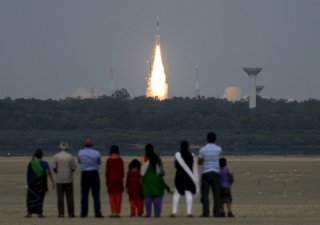 Space assets form an important part of life all across the globe. Countries are reliant on their satellites in orbit for everything from weather forecasts to internet-based services to security and deterrence. It is then no surprise that space exploration and space militarization have garnered massive interest from several nations around the world. This is the basis for the global space race.

However, there is a price to be paid for the same. Exploration missions, anti-satellite missile tests, and accidental collisions are adding to the millions of pieces of trash already orbiting the Earth. These form the tons of space debris that threaten the space assets of all countries. Space debris is non-functional man-made objects in space that no longer serve any purpose. Examples include defunct spacecraft, abandoned launch vehicles, parts of destroyed satellites, etc. Space debris is alternatively also called space junk, space pollution, space waste, and space garbage.

One would think that some garbage floating in space would be no cause of worry. However, space debris is a major problem. While junk in the lower orbits can return to the Earth’s atmosphere (where they usually burn up) within a matter of a couple of years, debris left at altitudes of 36,000 kilometers or higher can continue to circle the Earth for centuries or millennia. Space waste, even if minuscule, can damage spacecraft due to the impact their high speed creates. To illustrate, space debris travels at speeds of over 25,000 km per hour in the lower Earth orbit (LEO)—at this speed, even tiny flecks of paint have managed to hamper large rocket ships. Of course, astronauts on board space stations and those conducting spacewalks are also within the radius of danger.

Yet another issue caused by junk floating in space is that there is always the probability of one object colliding with another, shattering both pieces of space debris into even tinier pieces, thus increasing the risk. There have been times when two large dead satellites have almost collided. The International Space Station (ISS) has also been forced to employ its emergency maneuvers a few times to avoid getting hit by junk.

Not only is the problem serious, but the scale of the debris is vast too. As of information dated November 2021, the United States was already tracking about 23,000 pieces of debris “larger than a softball” orbiting the Earth.

Several nations have been looking into ways to manage and reduce space junk so as to make outer space safer and less polluted.

Per this plan, the Joint Space Operations Center (JSpOC) monitors debris based on radar tracking employing the Space Surveillance Network (SSN) and screens the ISS trajectory several times daily. However, the system can only detect pieces larger than 5-10 centimeters in the LEO and 30 cm to 1 meter at geostationary (GEO) altitudes.

Another way of dealing with space waste is to remove satellites from orbit after their mission is complete quickly. This would prevent the risk of collisions resulting in the creation of more space junk. Amongst other methods of removing inactive satellites is the process that relies on pulling them down into the Earth’s atmosphere, where they will burn up.

For this, the ESA developed the ClearSpace-1, a “space claw” that will be launched in 2025 and will capture and dispose of space debris.

Another method of removal could use magnets. Japan-based orbital debris removal company Astroscale has developed the End-of-Life Service demonstration (Elsa-D), comprising two spacecraft that work together to latch onto and seize pieces of debris stuck in orbit. Elsa-D was successfully demonstrated on August 25, 2021. Now, Astroscale is helping fight one of the key challenges of debris removal: capturing the object in orbit or docking with it.

Another system uses lasers as a part of active debris removal (ADR). The lasers heat up the satellite to either increase its atmospheric drag or push debris out of the way. An Australian company Electro Optic Systems (EOS), recently unveiled a laser technology that is expected to nudge the junk out of orbit.

While they do serve as a useful tool for dealing with larger pieces of debris, most of these ADR removal processes are expensive and do not help much when it comes to smaller pieces, which are also quite dangerous.

The fact remains that there is currently no way to clean up tiny debris pieces. The only option currently available is to wait for small space junk to re-enter the Earth’s atmosphere naturally. Accordingly, the best option is to prevent the build-up of debris in the first place. This requires global preventative measures.

However, when it comes to efforts related to ADR, the country is slightly behind schedule.

India is a part of the Inter-Agency Space Debris Coordination Committee (IADC), the leading technical authority on space debris. NASA and the ESA are a part of the committee. Additionally, it also includes cooperation from the UK, Russia, China, Canada, Italy, Germany, France, Japan, Ukraine, and South Korea and their respective space agencies.

The Indian Space Research Organization (ISRO) has been looking into the technologies required to undertake ADR. Official sources confirmed that ISRO had set up the Directorate Space Situational Awareness and Management to deal with space debris-related issues.

ISRO is also building up its capabilities of tracking orbital debris by deploying new radars and optical telescopes. This is being done under the Network for Space Objects Tracking and Analysis (NETRA) project. The organization will induct space debris tracking radar with a range of 1,500 km alongside an optical telescope in an effort to establish adequate surveillance and tracking network under NETRA. The radar will be able to detect and track objects that are 10 cm or larger in size. The government has already green-lit its deployment.

The country already has a stationary, 12-meter-long radar called the Multi-Object Tracking Radar (MOTR) at Sriharikota. MOTR can track objects as small as 50 cm sq in size and has a range of 1,000 km. It contains 4,068 individual radiating elements.

ADR may be a possibility in the near future as ISRO has recently claimed that it took up research activities to study the technologies required and their feasibility regarding the same.