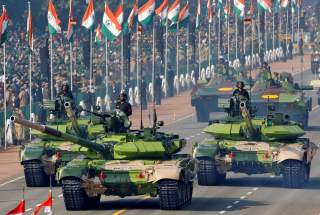 Since winning a landslide reelection in May, Indian Prime Minister Narendra Modi's government has taken major strides toward advancing his country's grand strategy. Most prominently, Modi revoked Jammu and Kashmir's autonomous status on Aug. 5 to strengthen the country's territorial unity, much to the consternation of archrival Pakistan. And against the backdrop of that momentous decision, Modi's government is pursuing another element of its grand strategy as well: preserving its sphere of influence. With that in mind, New Delhi has recently beaten a path to the door of the Maldives, Sri Lanka, Bhutan, Nepal and Bangladesh. But with China more than prepared to open the checkbook to dazzle the region with infrastructure projects as part of the Belt and Road Initiative, India knows it can ill-afford to neglect its backyard, meaning Modi's "Neighborhood First" policy will be front and center as he begins his second term in office.

Vying for Islands: The Maldives and Sri Lanka

On June 8, Modi made the Maldives his first overseas stop after his reelection. The tiny island chain to India's southwest is located astride key energy and shipping routes in the Indian Ocean. In engaging with the archipelago, Modi is seeking to prevent a rival power from securing basing rights or establishing a surveillance post there — especially given China's own expanding maritime security presence in the region (the Maldives is a member of the Belt and Road). In this regard, Ibrahim Mohamed Solih's election as president of the Maldives has benefited Modi. Since taking office in November 2018, Solih has sought to improve ties with India after bilateral relations deteriorated under his pro-China predecessor, Yameen Abdul Gayoom. Solih's Maldivian Democratic Party has criticized Yameen for incurring unsustainable debts to fund lavish — if necessary — infrastructure projects such as the Sinamale Bridge, which was formerly called the China-Maldives Friendship Bridge. Given the Maldives' location, boosting maritime cooperation will remain a high priority for Modi during his second term. Indeed, to monitor China's increasing maritime activity in the region, India inaugurated a coastal surveillance radar system in the Maldives, inducting the country into a wider network that includes Sri Lanka, Mauritius, Madagascar and the Seychelles.

After wrapping up his visit to the Maldives, Modi traveled to Sri Lanka and met with President Maithripala Sirisena and Prime Minister Ranil Wickremesinghe. Like the Maldives, Sri Lanka is another strategically significant island nation — albeit with a far bigger population of 21 million people — that is favorably located along shipping routes between Southeast Asia and the Middle East. After emerging from a 26-year-long civil war in 2009, Sri Lanka's postwar reconstruction boom drew lavish funding from China — a key defense partner during the conflict — deepening an economic partnership under the Belt and Road Initiative. Unsurprisingly, China's moves have fueled India's suspicions.

Sri Lanka's sustained thirst for development funds explains why it will offer more opportunities for India and China to compete for investment contracts. In fact, some of the two Asian giants' projects are located only a stone's throw from each other. At the Port of Colombo, China has invested $500 million in the Colombo International Container Terminal, while India and Japan have launched a joint venture with the Sri Lanka Ports Authority to construct the East Container Terminal in the same port. On the southern shores of the island in Hambantota, India's Accord Group, a private sector firm, won a contract in March to build a $3.85 billion oil refinery, representing the biggest foreign investment in the country's history. The project is in the same city as the China-funded port of the same name (which Colombo leased to Beijing until 2116 in exchange for debt forgiveness). And as with the Maldives, Modi will seek to enhance maritime surveillance with Sri Lanka.

A Tug of War Over Buffer States: Bhutan and Nepal

High in the Himalayas, Bhutan and Nepal are important buffer states squeezed between China and India. Bhutan is India's strongest regional ally, and it's the only country in South Asia (aside from Afghanistan) to have steered clear of the Belt and Road Initiative. And lest Bhutan consider signing up to Beijing's ambitious plans, Modi will seek to keep the remote kingdom out of China's orbit by advancing New Delhi's own infrastructure projects in the country. Accordingly, hydropower — a major component of the India-Bhutan relationship — figured prominently during Modi's Aug. 19 meeting with Bhutanese Prime Minister Lotay Tshering. On his trip, Modi inaugurated the $624 million Mangdechhu power plant, which New Delhi funded amid plans to purchase any of the facility's surplus electricity.

Modi also used the Bhutan visit to expand RuPay, a credit card that eases the ability of Indians abroad to make transactions in rupees and assists the government in its push to boost India's burgeoning digital economy (Singapore, Bahrain and the United Arab Emirates are already on board with RuPay). And with an eye on the sky, Modi inaugurated a ground station in Bhutan that will transmit information to and from the South Asia Satellite, which the Indian Space Research Organization launched in 2017. Border talks were not officially on the agenda during Modi's visit, but the subject was certainly on the Indian prime minister's mind in light of the 2017 standoff between thousands of India and Chinese troops centered on Bhutan's Doklam Plateau, a territory that China also claims. Part of Modi's objective in lavishing largesse on Bhutan is to ensure it doesn't cede any territory to China in future Sino-Bhutanese boundary talks.

Elsewhere in the Himalayas, Indian Foreign Minister Subrahmanyam Jaishankar visited Nepal for the fifth Nepal-India Joint Commission on Aug. 21. There, he held talks with his counterpart, Pradeep Kumar Gyawali, as well as Prime Minister Khadga Prasad Oli, who leads the governing Communist Party of Nepal. Nepal is a country of 30 million people in which geography has played a powerful role in shaping its foreign relations: while the Himalayan massifs wall the country off from Tibet, the grassy southern plains of the Terai have enabled the movement of people, ideas and goods for centuries with India, its most important international partner.

For New Delhi, diplomatic engagement with Kathmandu is part of a sustained effort to strengthen the relationship: a monthslong border blockade that ended in 2016 fueled Nepalese suspicions that India was using its economic heft to strongarm Nepal into drafting a constitution that was more favorable to the South Asian giant. That episode compelled Oli — who was serving as prime minister at the time under a previous term — to deepen Kathmandu's outreach to Beijing, resulting in Nepal's eventual decision to participate in the Belt and Road Initiative. In the meantime, the countries also conducted their first joint military exercises, Sagarmatha Friendship, in 2017. And though the Himalayas will hinder Nepal's efforts to establish infrastructure links with China, Kathmandu will continue to look north as it seeks to wean itself off of New Delhi's influence.

Ahead of his stopover in Nepal, Jaishankar visited Bangladesh to meet his counterpart, AK Abdul Momen, in the hopes of laying the groundwork for Bangladeshi Prime Minister Sheikh Hasina's own visit to India in October. Topping the agenda was illegal migration, as Assam, an Indian state that borders Bangladesh, finalized its National Register of Citizens on Aug. 31 in an effort to root out an estimated 4 million Bangladeshi migrants who have illegally entered India. For Hasina, the prospect that India could deport even a portion of Assam's ostensible Bangladeshis would create great hardship for the country at a time when it is contending with the 700,000 Rohingya who came to Bangladesh after fleeing violence in Myanmar in 2017.

As a land bridge between India and Myanmar, Bangladesh is vital for Modi's "Act East" policy, which aims to forge stronger economic and security ties with Southeast Asia. Nevertheless, Hasina signed $24 billion worth of Belt and Road deals with Chinese President Xi Jinping in 2016, making her country of 164 million a space likely to witness greater competition between India and China in Modi's second term — especially as the prime minister chases after one of her administration's more optimistic goals: joining the ranks of upper-middle-income countries by 2021.

While India has completed numerous projects as it advances its interests in its neighbors, the fundamental challenge remains: China's ambitious initiative has given these nations other options for infrastructure development besides India, thereby threatening New Delhi's traditional status as the regional hegemon in South Asia. Both giants face roadblocks as their broader, strategic ambitions run up against concerns in local states, particularly the Maldives and Sri Lanka, which are worried about signing away land and sovereignty to their massive neighbors. And given that India can hardly compete with the wealth of China — whose state-owned companies can greater afford to suffer losses in pursuit of Beijing's strategic goals — New Delhi will have its work cut out for it in courting the countries on its periphery.