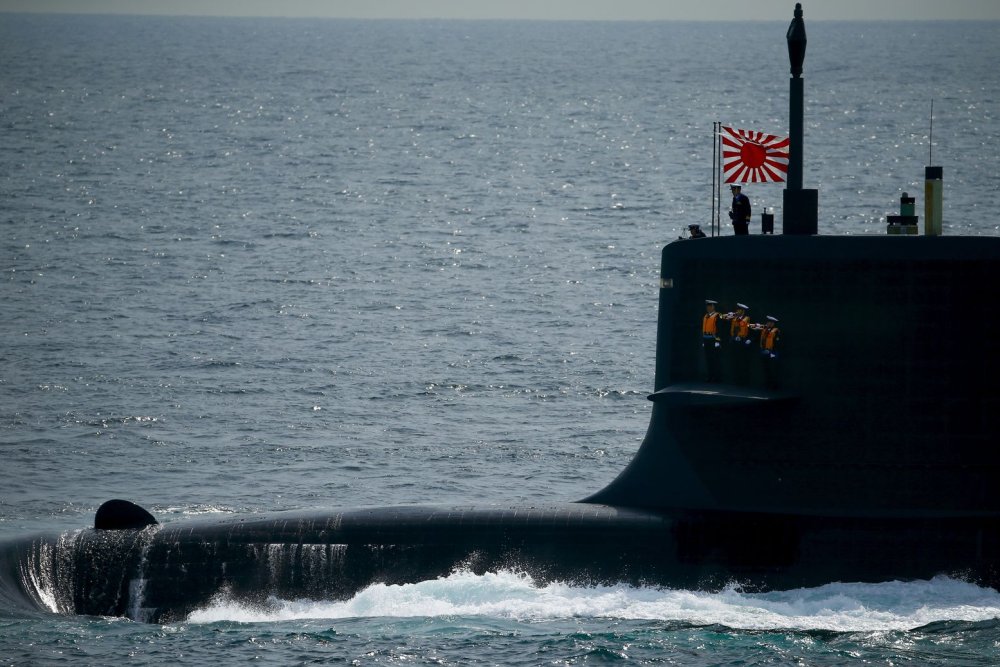 Key point: Tokyo is worried over Beijing's construction of a full carrier fleet and has thought about how to best defeat them. For better or worse, Japan has concluded that submarines are a better bet than missiles.

As we approach the day when China will have multiple aircraft carriers, Beijing’s neighbors and the United States are likely beginning to prepare for this eventuality. This is especially true of Japan, China’s traditional rival in the region. While it will be tempting to try to imitate China’s strategy of holding U.S. aircraft carriers at risk, a more economical and effective approach would be to leverage a capability Japan already possesses: submarines.

China, of course, inaugurated its first aircraft carrier, the Liaoning, a refurbished Ukrainian flattop, back in 2012. But this carrier has limited combat capabilities and is most likely being used to train personnel for the carriers Beijing is building domestically. The first of these indigenous aircraft carriers was launched this spring, and it is likely to enter into service with the People’s Liberation Army Navy (PLAN) sometime in 2020. As defense editor extraordinaire, David Majumdar, noted, this second carrier only makes marginal improvements over the Liaoning. Notably, it still has a ski-jump catapult. Starting with its second domestically built carrier, China’s flattops are expected to be more technologically advanced, including using steam catapults and eventually possibly electromagnetic ones. Majumdar quoted a Chinese military analyst as saying, “002 is entirely different from the Liaoning (001) and 001A, and it will look like [a] US aircraft carrier rather than a Russian one.”

Ultimately, China is expected to field at least six aircraft carriers, significantly enhancing its power projection capabilities. This is a factor that Japan and the rest of Asia will have to contend with. Beijing has laid out one blueprint for dealing with enemy carrier groups: anti-ship ballistic missiles. China’s DF-21D “carrier-killer” missile features a maneuverable reentry vehicle (MARV) that allows China to reroute the warhead after being fired in order to account for the movement of the carrier during flight.

In theory, Japan could build a similar anti-ship ballistic missile (ASBM) to deal with China’s aircraft carriers (America, though, would be prevented from building ground-based versions because of the INF Treaty). But this would be a wrongheaded approach. China’s decision to build an ASBM is understandable because its defense industry had extensive experience in missiles, including ballistic missiles for nuclear weapons. By contrast, Japan has thus far eschewed offensive strike capabilities under the terms of its pacifist constitution.

Of course, Japan is a technologically advanced country and its scientists could produce missiles with relative ease. Indeed, Tokyo already has experience with space launch technology and missile defense systems. Still, developing a capable ASBM would take some time and be enormous expensive. How much exactly? Since we don’t know how much China spent building its DF-21Ds, the best cost comparison is perhaps America’s Pershing-II missiles. The Pershing-II was a MARVed ballistic missile America built late in the Cold War that actually inspired China to build the DF-21D. When the Pershing-IIs were destroyed under the INF Treaty, the Government Accountability Office (GAO) examined the cost of the program. It determined that America had spent some $2.6 billion to produce 247 Pershing-IIs, which is roughly $5.8 billion in 2017 dollars.

That is just the costs of the missiles themselves. To be effective against a moving target like an aircraft carrier, an ASBM needs to be supported by what is often called a “system-of-systems” or kill chain. As Robert Farley has explained, the DF-21Ds “depend on the operation of a sophisticated set of sensors, as well as a communication system capable of integrating these sensors and transmitting information to shooters.” In order words, ASBMs need real-time information that can be communicated to the missile in flight to guide it to the moving target. Harry Kazianis has pointed out, for China these surveillance systems likely include “over-the-horizon radar, satellite tracking and possibly unmanned aerial vehicles each providing guidance to a target in the open oceans.” All of this would add to the expense Japan would incur were it to imitate China’s approach.

Moreover, despite all the hype, we are not even sure how capable China’s carrier-killer really is. As far as we know, Beijing has never tested the missile against moving targets. Moreover, every step of the system-of-systems that supports the DF-21D is potentially vulnerable to adversarial countermoves, which America has already telegraphed it plans to target relentlessly. If all else fails, a carrier strike group contains a lot of missile defense systems that might prove effective as a last resort.

Instead of trying to imitate China, then, Japan would be best served by pursuing its own competitive strategy. Developed by the business world and adopted by the Pentagon near the end of the Cold War, competitive strategies seek to exploit one’s comparative advantages and an adversary’s comparative weaknesses. China’s anti-access/area-denial doctrine towards the United States is a case in point, since it harnesses Beijing’s geography and Washington’s need for access.

As already noted, Japan does not have experience with missiles, but submarines are an area where it excels. Tokyo’s Soryu-class submarines are arguably the most capable diesel-electric subs in the world. And, as I noted in an article last week, even far less capable submarines pose an enormous threat to aircraft carriers. As one U.S. official was recently quoted as saying in regards to Russia’s lesser subs, “One small submarine has the ability to threaten a large capital asset like an aircraft carrier.” This is not a projection like the DF-21Ds: submarines sank eight carriers during World War II.

Submarines are also cost effective. Even the relatively expensive Soryu submarines are roughly half a billion dollars per unit, meaning Japan could build eleven of them for the amount of money America spent building the Pershing-II missiles. Best of all, anti-submarine warfare (ASW) is a noted weakness of China. Although Beijing has taken steps to bolster its ASW capabilities in recent years, many of its efforts are focused on detecting submarines near its coastal waters, not in the open seas. Thus, submarines offer the most economic and cost effective way for Japan to deal with China’s future carriers.

Zachary Keck (@ZacharyKeck) is a former managing editor of The National Interest. This first appeared in 2017.