How to Kill the Cigarette Industry 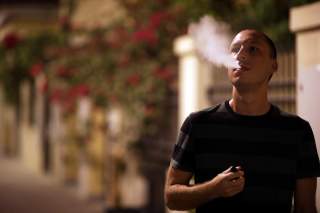 There are over a billion smokers across the world – a habit which causes more than 7m deaths per year. We have known that smoking kills for decades, but this simple fact has not been enough to persuade every smoker to quit.

Even more surprising is that the vast amount of evidence about the risks of smoking hasn’t been enough to put people off starting to smoke in the first place. If knowing smoking kills doesn’t stop people from taking up the habit, what will?

I believe e-cigarettes provide real hope. Available since 2007, these devices often contain nicotine, the addictive substance in cigarettes, but without many of the harmful toxicants. Consequently, they are proving to be a seriously disruptive technology which is striking fear into the traditional tobacco industry.

Using less harmful ways of delivering nicotine to help people quit smoking is a tried and tested method for quitting smoking. Products like nicotine patches, gums and lozenges have been used since the 1980s with some success.

E-cigarettes differ from these other products by providing a more similar feel to smoking. Users have to inhale a vapour which provides a throat “hit” similar to smoking. They also have to use the familiar motion of putting the product to their mouth, as they would with a cigarette.

Importantly, these products can provide similar amounts of nicotine to cigarettes, meaning they hold great potential for helping people to quit smoking.

E-cigarettes were originally designed to help people quit smoking, but until recently there has been little evidence to show that they work in this regard. This year, a study was published which explored how effective e-cigarettes are at helping people to quit smoking.

The most common reason was that they were curious. I think this says a lot about the popularity of the products. People are curious because there are so many users around, making smokers wonder whether e-cigarettes could help them too.

Indeed, e-cigarettes have generally proved to be extremely popular, with an estimated 2.9m users in the UK, and around 10.8m in the US. Since they were introduced, the use of nicotine patches, gums and lozenges has significantly decreased.

This combination of effectiveness and popularity could spell the end for cigarettes by tempting more smokers to use e-cigarettes and quit smoking. There are still some users who haven’t tried them though, and this could be due to misconceptions that e-cigarettes are more harmful than cigarettes for users.

By dispelling these misconceptions, we could see an even bigger increase in the popularity of e-cigarettes and consequently a reduction in the amount of people smoking.

An industry up in smoke?

Even the tobacco industry seems to feel threatened by e-cigarettes, effectively responding to their popularity by trying to jump on the bandwagon. They have been developing their own rival products, and buying shares in popular e-cigarette brands as a reaction to losing so much of their traditional customer base.

Some big tobacco companies have even made this part of their sustainability plan. To me, this reiterates that the industry cannot be sustained by the sale of tobacco cigarettes. Less harmful devices are eventually likely to eradicate sales.

I see great potential in e-cigarettes in the fight against tobacco. The evidence suggests that they are less harmful than cigarettes, more effective at helping people quit smoking than traditional nicotine replacement options, and popular.

All of this has the tobacco industry scared enough to invest in e-cigarettes because they fear for the sustainability of their traditional market. This makes me confident that e-cigarettes will be the disruptive technology which sees smoking stubbed out for good.