How the Legendary F-35 Was Born a Winner 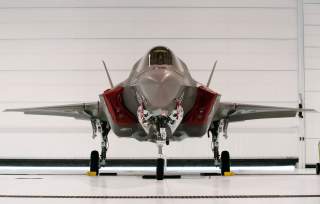 Key point: With better sensors and integration, the F-35 can see further than previous planes. In fact, it can engage from a distance before the enemy even knows it is there.

Osborn previously served at the Pentagon as a Highly Qualified Expert with the Office of the Assistant Secretary of the Army - Acquisition, Logistics & Technology. Osborn has also worked as an anchor and on-air military specialist at national TV networks. He has a Masters in Comparative Literature from Columbia University. This first appeared in 2019 and is being reposted due to reader interest.