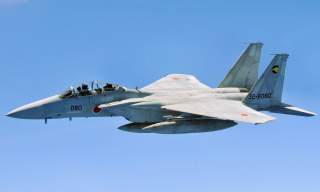 On December 15, 2017, Japanese prime minister Shinzo Abe delivered a speech at the Kyodo News managing editors’ meeting, covering various topics, which included his electoral victory, Abenomics, social security, North Korea and China. The highlight of his speech, however, was Abe’s announcement to revise the current National Defense Program Guidelines (NDPG) in 2018. The NDPG is a defense policy document which also guides the procurement plan entitled the Mid-Term Defense Program (MTDP) for the next five years.

In his speech, Abe emphasized his approach toward the revision by stating: “While maintaining our exclusively defense-oriented policy as a given, I intend to identify what defense capabilities we truly need to protect the people, rather than simply extending existing capabilities, facing head on the realities of the security situation surrounding Japan.” His words sounded promising, suggesting that a big change in security policy would be coming this year.

But the essential question left open in the last decade must be answered during this process of making the new NDPG. Can the Self-Defense Forces’ (SDF) force level and structure sufficiently cope with the increased defense capability?

The current 2014 NDPG stresses the importance of enhancing the SDF’s deterrence and response capability in both quantity and quality. For example, the SDF prioritizes the development of capacities to ensure maritime supremacy and air superiority, which is a prerequisite for effective deterrence and response in various situations, including defense posture buildup in the southwestern region.

When the FY 2018 budget started in April, thirteen out of twenty-three procurement items listed in the current MTDP were completely budgeted, including five destroyers (two Aegis-equipped ones), five submarines, twenty-eight F-35A, and fifty-two amphibious vehicles. Japan has been making great progress toward the desired level of defense capability and the new 2018 NDPG and MTDP will update their efforts in December.

How About the Current SDF Force Level and Structure?

The SDF has been dealing with this problem for quite some time. According to the past annual defense white papers, the ratio has remained within the range of 69 percent to 76 percent during fiscal years 2008–17. A naval ship, for example, can be operational with a 70 percent staffing ratio. But it is important to note that the ship is designed to become fully operational with a 100 percent staffing ratio accommodating three-to-four crew rotations inside the ship, so naval forces remain fresh and can operate with full strength when necessary.

Under the condition, the SDF is taking every effort to ensure that the armed forces remain highly operational and totally functional. Since 2008, the MSDF has participated in the international cooperation activities against piracy off the coast of Somalia, and one destroyer is still operating. According to the Diet minutes of May 19, 2011, when Japan dispatched two destroyers overseas, the MSDF made sure that these naval ships secured at least 90 percent of the staffing ratio. As a result, the staffing ratio for the remaining naval assets decreased to the level of 70-80 percent. This meant that crews on the ships operating near the Japanese homeland got shorter rest and a longer work load.

Since 2012, the SDF as a whole has annually hired approximately fourteen thousand personnel on average while approximately ten thousand have retired or finished their terms and an estimated four thousand have left before their retirement annually. In the end, the total strength of the SDF personnel has remained at the level of 224,000 to 227,000. However, due to the recent economic recovery, as well as the declining birthrate and popularization of higher education, the environment surrounding the recruitment of SDF personnel is very severe. For the fiscal year 2017, the SDF planned to hire the enlisted (lower) rank male candidate of 5,400 for the GSDF, 1,100 for the MSDF, and 1,660 for the ASDF, but the SDF could only hire 80 percent, 60 percent, and 80 percent for each branch respectively.

Furthermore, the massive demographic decline is surely coming and this structural factor will ever worsen the current recruitment problem. Within the last few years, experts have already pointed out that Japan is entering into a super-aging and declining population society. The population eligible to join the SDF (eighteen to twenty-six years old) peaked at approximately seventeen million in 1994. In the FY2016, this age group dropped by six million (i.e., over 35 percent). By 2030, the eligible population will fall to approximately nine million.

The Japanese Ministry of Defense has so far promoted various measures to include the increase of recruiting females (6.1 percent of the total number of SDF personnel in the fiscal year 2016) and has planned to extend the eligible age to thirty-two-years-old this October. But Japan may also need to consider the extension of retirement age, the expansion of rehiring former SDF personnel, and the further promotion of employing female SDF personnel.

What can Japan do to narrow the current and future gap between the SDF manpower and its increased and desirable defense capability? Recently Sweden reintroduced the conscription due to the growing Russian threat. Can Japan do so as well? The answer is no, they cannot because it is currently considered “unconstitutional.” Article 18 of the Japanese Constitution states, “No person shall be held in bondage of any kind. Involuntary servitude, except as punishment for crime, is prohibited,” and the current governmental interpretation is that the conscription is an “involuntary servitude.” Prime Minister Abe also confirmed this legal position during the Diet debates in March 2016.

How about new technologies? For national security under the super-aging and declining population society, Japan needs to research and develop various types of unmanned vehicles. The Acquisition, Technology & Logistics Agency (ATLA) released the Defense Technology Strategy in August 2016, and envisioned this direction for the next two decades. According to the Fiscal Year 2016 Medium- to Long-Term Technology Outlook, the ATLA has raised the following items as future potential equipment: unmanned surface vehicles (USV) and unmanned underwater vehicles (UUV) that can be undertaken for more than one month, and UUVs that can carry anti-ship missiles and torpedoes. The U.S. has also been researching and developing these technologies, and it could be a great opportunity for U.S.-Japan cooperation, in these areas.