How Much Damage Did U.S. Battleships Really Cause to Imperial Japan During World War II? 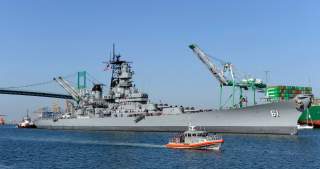 Key point: Washington wasn't sure what to do with its battleships towards the end of the war. America did use them to bombard Japan, but doing so was very risky.